We recently reported on the latest Sunday Times poll, which showed that HS2 was seventh out of seventh on the list of government capital spending for voters.

Last week the EEF, the manufacturers organisation, published a survey of their members.  This revealed that spending on high speed rail was one of the lowest priorities for manufacturers, coming far below investments in the roads, digital technologies and the energy supply. 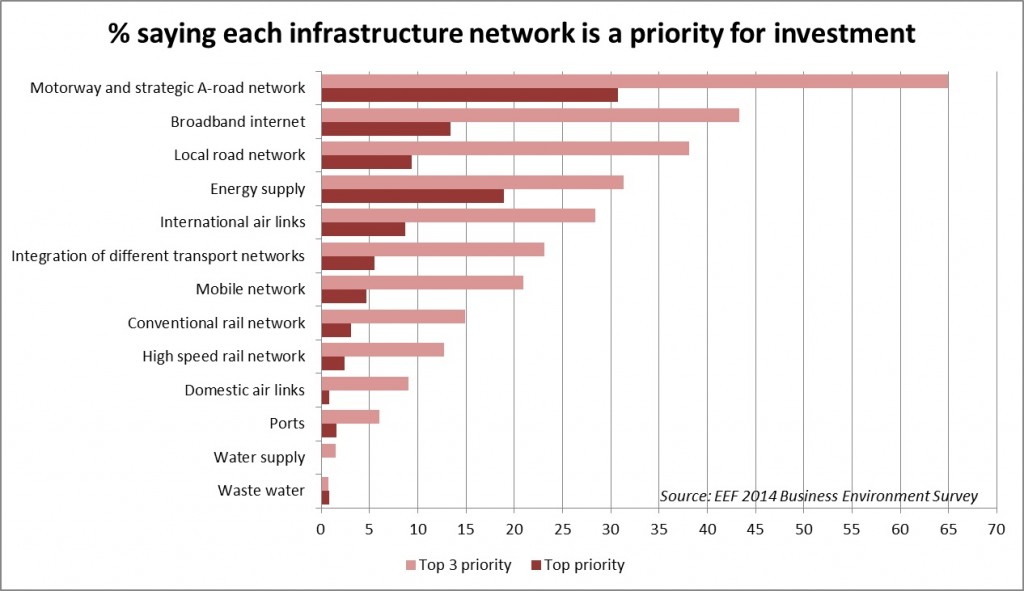 In the list of priorities it only just beat domestic air links: the DfT should reflect on what that means about manufacturer’s views of long distance domestic travel.

What’s more, the EEF say rail is the least critical type of transport network (3%) for manufacturers. Ports, which enable international exports were critical for over 40% of manufacturers, and roads (80%).

email
Tags: News
News
3 comments to “High speed rail near the bottom of another list”