On Sunday 21st July I set out to walk the proposed route of the High Speed 2 railway between London and Birmingham talking to those people along the way whose lives have been thrown into turmoil by the project. I am a freelance writer and editor and a researcher at the University of Exeter. I live in north Dorset but, nonetheless, I feel personally affected by the government’s plans for HS2. 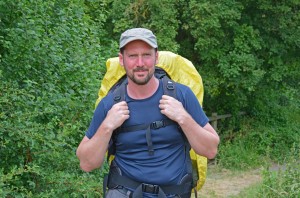 We have heard two years of talk about austerity now. Many have lost their jobs; many more have had to reapply for their jobs under more difficult contracts or in places much further afield; we’ve seen some of the most vulnerable people on benefits put under the kinds of undue pressure that can have a very damaging effect on their health; we’ve seen a whole generation of students positively encouraged into debts of between £30,000 and £50,000 by the very authorities that should be advising them against such debts. These are all very real and very disturbing changes to our country, the effects of which I have personally witnessed in the lives of friends and family.

When I first heard about the plans for HS2 I felt that it was an extravagant idea to build a whole new railway in order to shave a few minutes off the time of a journey. An extravagant idea even for times of wealth and good fortune. Not to mention the devastating affect it would have on those people who lived and worked in the way of the proposed route. But when the costs of the project escalated in the way they did in the first two weeks of July this year, and as stories began to emerge about how incompetent and politically motivated the work on the budget had been, this was the last straw. I felt a strong need to do something. I am a writer and a keen walker, so I decided to walk the route, camping along the way and interviewing the people worst affected.

A walk does everything that the rail route will not. Most importantly, it is slow, countering the ambitious dream of a 250mph train pouring through deep cuttings and over huge concrete viaducts. The walker can talk to people who live along the way and whose lives are already being turned upside down. The walker can explore those rare features of archaeology, architecture and geology that abound along the route. The walker notices the animals, woodlands, streams and meadows that will be devastated. These are all the kinds of qualities that make for a distinctive landscape worth fighting for, qualities that will more than likely be lost to the high speed traveller and qualities that are certainly already lost to those in favour of the project.

Over the next four days I walked from Euston station in north London, out past Old Oak Common, through Rusilip and over the Colne Valley, under Amersham and Wendover, past Aylesbury and on to Quainton. Unfortunately, at the end of day four I pulled a tendon in my foot and had to turn back to see a doctor. I was very frustrated as the trip was going really very well indeed, but I will be back in September.

There are those that will try to convince you that this project is being opposed by wealthy NIMBYs in the south. This is just not true, and it is a cynical political game to say so. It is an attempt to draw the wool over peoples’ eyes about the needless devastation that is being proposed, and the heavy-handed, bullying tactics that are being employed to usher it in. I have talked at length with about fifteen people so far along the route. From those living in council flats in north London or mobile homes on the edge of Denham, to those living in beautiful old farmhouses or even the grounds of a sixteenth century mansion in Buckinghamshire, we ought to remember that this is an almost arbitrary line cutting across the country and as such it affects the entire cross-section of our national community.

I am resting up now and reflecting on a very full four days that have opened my eyes to the frightening prospect of the HS2 plan becoming a reality. As soon as I am recovered though, I will be back out on the route to walk the second half, continuing to talk with people along the way and continuing to appreciate the distinctive aspects of our landscape that have been put under very real threat by a project that we simply cannot afford as a country.