A crowdfunding campaign has been launched as HS2 Ltd have launched legal proceedings to evict woodland protectors from both the South Cubbington Wood and Crackley Woods camps and cover both woods as well as Birches and Broadwells Woods in Kenilworth with an injunction preventing anyone entering the parts of the them HS2 have taken possession of. Whilst both camps have had dozens of people involved with them since they were founded a fortnight apart in September/October last year, the only people named in the proceedings are the two most high-profile Stop HS2 campaigners, Matt Bishop and Joe Rukin.

All of these facts have already been publicised by HS2 Ltd and the DfT, who have taken the unprecedented step of publishing details of the legal action on both the HS2 Warwickshire Commonplace website, and the Gov.uk website.

The crowdfunder is intended to both help cover the legal costs associated with this case, as well as support the other camps along the route which HS2 Ltd are not taking action against at this time.

There is a ‘last chance to see’ stand for the trees walk which will take in the parts of Broadwells, Birches and Crackley Woods which HS2 Ltd intend to destroy, on Sunday 15th March. Details here. 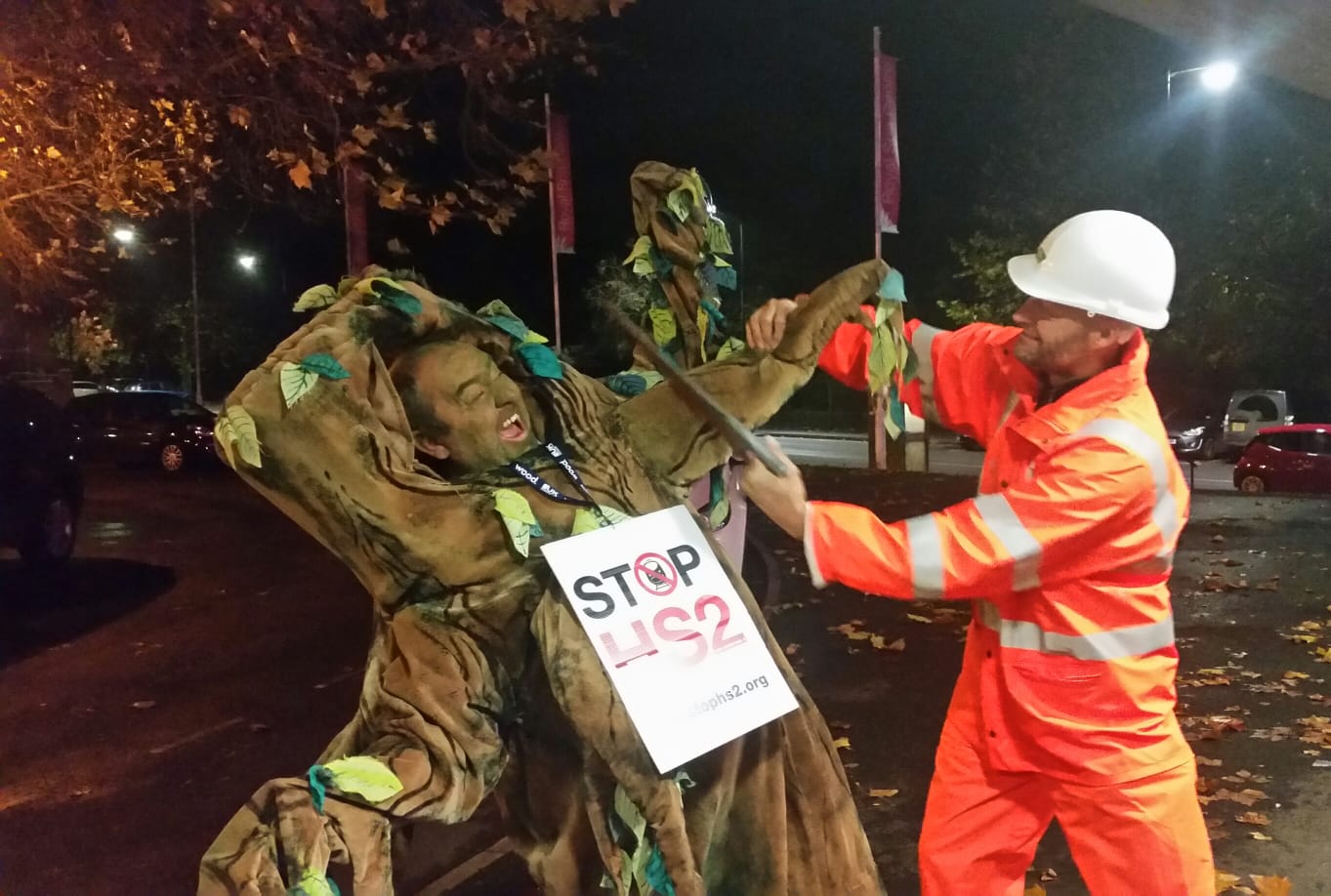