This is the first in a series of articles looking into what fatuous rubbish, and in many cases lies, various MPs were willing to say during the debate on the second reading of the High Speed Rail Bill.

First up is Secretary of State for Transport, Patrick McLoughlin, though as you might expect he will come up again during this series.

During his speech, McLoughlin told a load of whoppers, but probably the most obvious one was this:

“France and Germany have been reaping the benefits of a high-speed rail network for decades, while we have just 67 miles from London to Kent and the channel tunnel.”

This was quite odd, as being Secretary for State for Transport, Mr McLoughlin should really know what the international definition of high speed rail actually is.

If you didn’t know, for the supposed ‘Victorian Infrastructure’ in the UK , high speed rail equals 124mph (200kph), which we have had in this country since the 1970s, so we have been ‘reaping the benefits of a high-speed rail network’ for coming on to four decades. The truth is that every day, people get high speed trains from London to both Birmingham and Leeds, amongst many other cities. 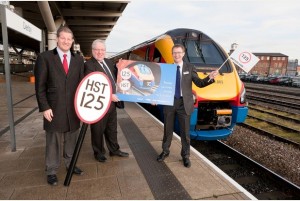 The worst thing of course was that McLoughlin knows full well what High Speed Rail is defined as, as of course he was all to proud just this year to be there when parts of the Midland Mainline joined the West Coast Mainline, the East Coast Mainline, the Chiltern Line and the Great Western in becoming an internationally defined high speed railway line.

If McLoughlin has said we had 67 miles of dedicated high speed railway, opposed to multi-use railway, he may have got away with it. But of course, those 67 miles have become multi-use too, as HS1 now carries freight, as well as very, very few high speed trains.