“How much electricity will HS2 need?” is a question that has been asked without an answer for the last six years, until now. It’s something which has always been pushed for because the speed which has been set for HS2 would mean significantly increased power requirements compared to the rest of the electric trains on the rail network.

Up until now, HS2 Ltd have been quite evasive on this point, but in writing to his MP Nick Hurd, Norman Hayden has finally got an answer, from HS2 Ltd Chief Executive Simon Kirby, though in typical HS2 Ltd style, he couldn’t get Mr Haydens’ name right. In a letter he has admitted:

“The total maximum demand of HS2 for both Phase One and Two is estimated to be 800 MW.”

Of course this figure won’t mean a great deal to most people who will be paraphrasing Marty McFly; “What the hell is a megawatt?” Before you jump to Google, it’s important to point out they are of course not to be confused with milliwatts (mW) which are a thousandth of a watt, whilst megawatts (MW) are a million watts. It’s also important not to confused them with megawatt hours which include the factor of time. Watts measure is how much electricity a device uses for each second it is turned on, whilst watt hours measure how much electricity it uses whilst it’s turned on.

But what does that mean? Well there has been a lot of fuss about the recent plans for Hinkley Point C. The cost of that project is £18bn, to build two reactors capable of 1,650 MW output each. So when it is running, HS2 would require half of the output of one of those reactors.

Below is the letter from Simon Kirby. 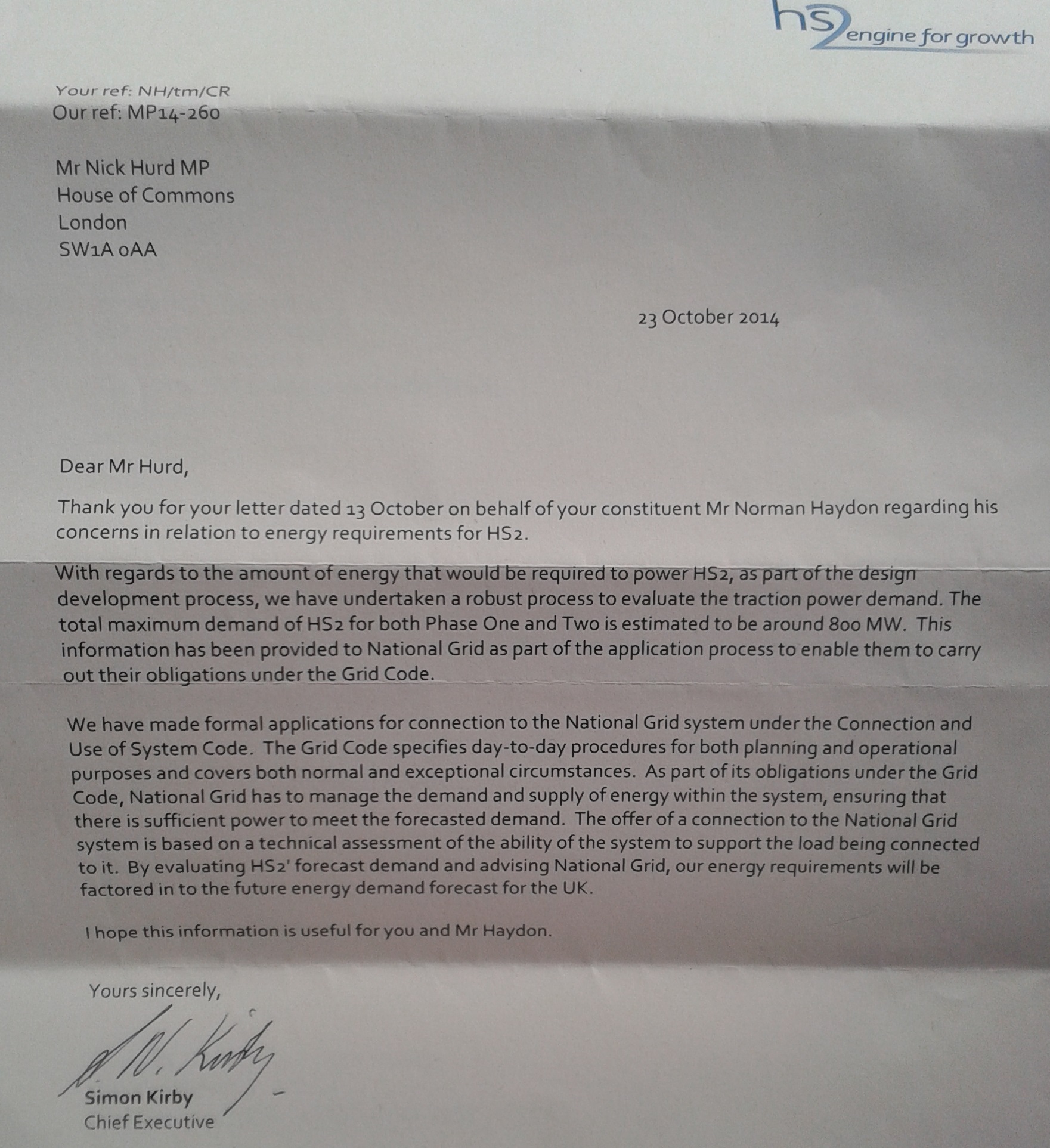