Earlier this week, the Evening Standard reported that a house in London had been given a £0 valuation in a mortgage valuation due to its proximity to HS2. 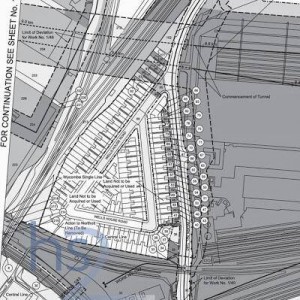 The house, in the Wells House Road area had been bought at auction, but the owner was unable to get financing for a mortgage.

Speaking on BBC Radio London subsequently, Boris Johnson said: “This affects many people in London who find that their homes are near points of important transport infrastructure development and they must be properly compensated.

“If this were France, we’d be covering them with pyramids of gold. They’d say this is for the good of the country and we’re going to buy you out at top dollar.” 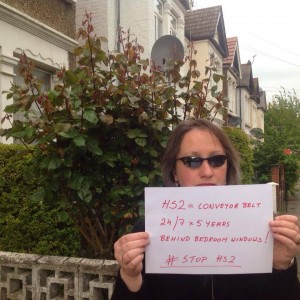 Instead, the government and other supporters of HS2 have adopted combative tactics against people affected by HS2, with misleading posters of toffs and campaigns like the Westbourne communications “shit ’em up” campaign.

Boris added in the radio interview: “It’s basically a miserly Treasury approach, always trying to cheese-pare in that sort of thing.”

Meanwhile Rupa Huq, Labour MP for Ealing Central and Acton, told the Standard: “HS2 is trumpeted as a vital infrastructure project but it will cause disruption, disturbance, noise and nuisance for some of my constituents for years. If you live in the Chilterns it seems you’re getting a fortune of compensation, but Londoners are being short-changed.”

At the Hybrid Bill Select Committee, Amanda Souter, chair of the Wells House Road Residents’ Association, said people were looking for “a fair package of compensation and mitigation measures”.