HS2, the Destruction, the Review and the General Election.

Jonathan Pie interviews Chris Packham on HS2. More important than watching the video is visiting this link to email your MP.

If you’ve not seen anything from Pie before, please note that it’s a bit sweary. 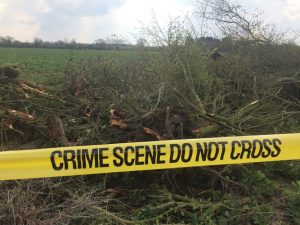 Following direct action from residents, HS2 Contractors Fusion have abandoned their compound in Steeple Claydon. After nine days of...

Commenting on reports that comedian John Bishop sold his house to HS2 Ltd for £6.8 million, Penny Gaines, chair of Stop HS2, said
“The Government has to buy property to build HS2, sometimes because the railway or associated works will be going through the property. In addition, with strict boundaries, they may buy property from people who would otherwise be unable to sell their homes for a decade or more, because of the blight caused by HS2. This apparently includes the home of John Bishop, and as his family has been affected by HS2 it is only right and proper that he should have been able to sell it to them, for the amount it is worth.

“It is ridiculous to suggest that if you think HS2 is a bad idea then you can’t sell your house to them: the route of the line is fixed by HS2 and the government, and they don’t care what people in the affected communities think.

“The Government has swung between promising generous compensation, to claiming that value for the taxpayer is more important. The reality is that many people have had huge problems dealing with HS2, who try and make the process as difficult as possible.

Penny Gaines added
“The details of the properties show the sheer scale of destruction that HS2 will cause. Behind each of these properties, from small cottage to country manor, is a family who have had their lives upturned by HS2 through no fault of their own. What the figures don’t show is the immense difficulties that HS2 have caused to these people through their awkward and sometimes bizarre procedures that need to be followed for people to sell their homes through these schemes. 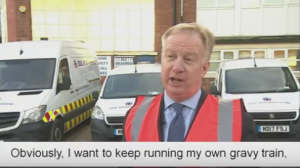 For almost a decade whenever Ministers, HS2 Ltd officials and other advocates have been asked about the costs of...

This is a video that every politician who supports HS2 really needs to watch.

The IEA are spot on with this analysis 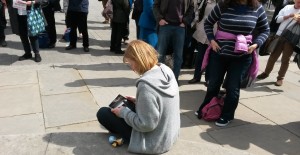 According to new research by ComRes published today, 50% of UK adults say upgrading Britain’s national broadband network should...
1 2 3 … 10 Next ›
How you can help
Recent Posts
Browse our archives