In a remarkable turn, former Leader of the House long time critic of HS2 and Conservative leadership hopeful Andrea Leadsom MP, has told LBC that she hasn’t come right out and promise to cancel HS2 is because £12bn ‘could’ have been spent on the project so far. The MP says that HS2 should be reviewed on a value for money basis, with the suggested costs being a massive departure from the £5bn CEO Mark Thurston stated has been spent so far a fortnight ago.

Whilst Thurston says HS2 Ltd have spent around £5bn, it is accepted that this figure does not represent overall spend so far on the project as buying land and property for the line is the responsibility of the Department for Transport, at least in accounting terms. Whilst it has been widely reported that the estimated cost of buying land had been grossly underestimated, this could not account for a £7bn shortfall on its own, especially as much of the land HS2 require for phase one has been seized without payment.

Another possibility is that Government feel they are liable for the full value of one or more of the two-part design and build contracts, even though the build part of them should not legally kick-in until the project were to get Notice to Proceed. If that were the case, that would be very, very suspect.

The other reason is that Mrs Leadsom might be wrong, but the way she very deliberately said that it ‘could be’ £12bn and she wasn’t sure if that figure was ‘out there’, suggested it had been discussed at Cabinet, but not yet made public. HS2 officials have of course denied this. 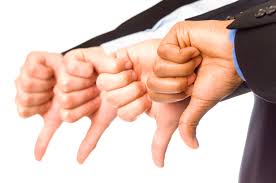 A survey conducted by You Gov in Birmingham has found that more than half of people in the city...

The HS2 Phase 1 Hybrid Bill will be voted on tomorrow – please come to our demonstration between 12-2pm...
Alison Munro, CEO of HS2 Ltd refuses to bet for charity that HS2 will come in on budget: Proof...
How you can help
Recent Posts
Browse our archives