Yesterday Justine Greening went on a trip to Kent to HS1: according to Civic Voice, it was to see what could be learned for HS2.

Stop HS2 founder, Penny Gaines, and other members of Stop HS2 have previously been on trips to HS1. 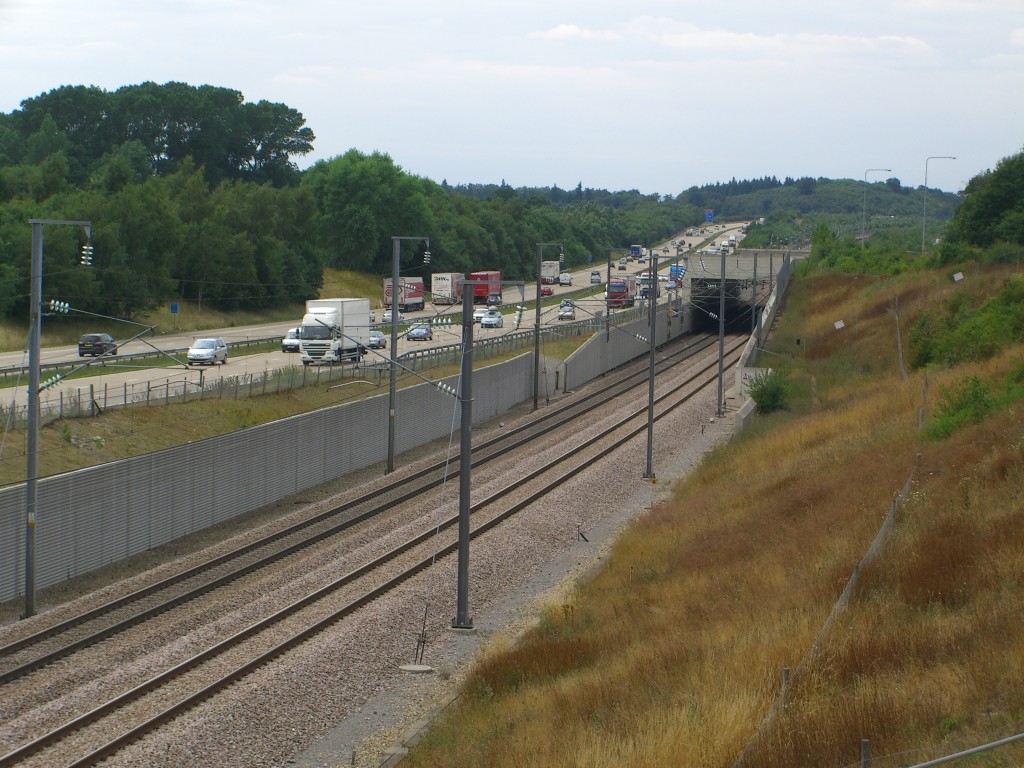 HS1 was designed to run along existing motorways

We don’t know exactly what Justine Greening saw or where she went in Kent, but these are some of the possibilities:

The news showed Greening on a train, possibly travelling to Ebbsfleet station in Kent (that’s where both the tours we went on started).

That’s the first difference of course: HS1 has several intermediate stations. The first phase of HS2 is significantly longer than HS1 but has no stations between London and Birmingham.

She may have seen the empty car parks around Ebbsfleet station: HS1 passenger numbers are a third of the original forecast, and only two thirds of the revised Department for Transport prediction from before HS1 was built.

Our trips were by coach, so that we could stop and look at the areas affected by HS1. Unlike HS2, HS1 was in tunnels or next to railways or trunk road, including the M20 and the M26 and other dual carriageways for 85% of its length. For much of its route, HS2 crosses open countryside, with no busy roads near it. 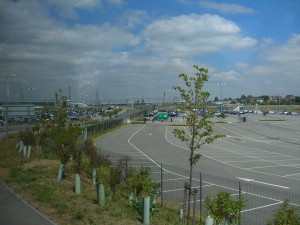 However, unlike Justine Greening, the people who went on these trips know what the areas that were going to be affected by HS2 are like at the moment and could compare the areas affected by HS1. But Justine Greening has refused to visit many of the areas which will be afflicted by HS2. She’s not gone to see the more rural parts of Buckinghamshire, Oxfordshire, South Northamptonshire or Warwickshire, even though she wants to wreck the tranquillity of these areas. She’s been to the cities which will get stations, but not the villages and towns that will just the blight.

Now she’s seen what a high speed rail line is like we challange Justine to go to the places which are affected by HS2 and to compare the areas as they are now to what they will be like if HS2 is built. We challenge her to face the people who have tried to explain their reasons to her of why they think HS2 is a bad project for the nation to HS2 and we challenge her to listen to the people who oppose HS2.

Justine worries about the noise for her constituents from Heathrow, but we want her to listen to the peace and tranquillity of the countryside which will be wrecked by HS2, with more trains and faster trains than use the HS1 line in Kent.

See the reports of our earlier trips

email
Tags: News
News
18 comments to “What did Justine see on her HS1 trip?”