The two remaining tunnellers of W.A.R. have finally come up for air after 28 days in their underground stronghold.

Neither arrested, both happy and well.

After 35 days (28 in the tunnel) holding out against the National Eviction Team (NET), HS2’s favourite lawless thugs, the eviction of the protest camp is done.

The camp, set up almost 2 yrs ago set a formidable task to the National Eviction Team who set to on the 10th October. Their first challenge was The Cage where lofty lock-ons provided a spectacle for two days.

This was followed by the Temple, a magnificent puzzling 40ft high structure which, try as NET might to demolish, seemed to regrow nightly, and held out for a further 5 days.

But beneath the Temple, a tunnel snaked underground, its entrance impenetrable until the removal of the structureabove. The last five residents of the Temple slipped underground and committed to the long chambers and long hours of dark below to foil the NET and the dread of HS2 development for a further 28 days. 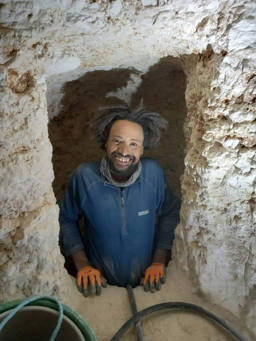 This is extreme protest.

HS2 has never been mandated by the British public, and is an intensely unpopular project, not least in the Wendover Area. The horrors promised by HS2 far outweigh the few dreary hours of darkness below.

HS2 threatens untold damage to the Mid Chiltern Chalk Aquifer by excavation, tunnelling, and pile driving all accompanied by a cocktail of toxins and pollutants.

That damage will be reflected in local chalk streams, springs, wells, boreholes and water supply to up to 3.2 million people.

Above ground the Chilterns AONB status counts for nothing, being razed before bulldozer and chainsaw. The essence of sublime Chiltern bucolic lifestyle is being ruptured and contorted into a freak show of unwanted engineering madness.

Communities, businesses, individuals and an age old culture are all being grievously assaulted, broken and discarded.

This is a pattern repeated over and over along the whole route, a promised 350 mile long open wound and barrier to nature and sustainability. 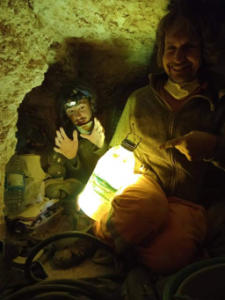 A Nations purse is being emptied to fill spreadsheets in sleaze ridden accounts.

HS2 only once faced public opinion, in 2013 in a public consultation issued by the Government, to which 80% of respondents declared HS2 to be an awful impending mistake. The public were ignored by a Parliament fixated on profit as the only valid metric of success. Parliament, in defiance of the people voted for a Bill that weighed half a tonne. It is inescapably obvious that no MP knew what they voted for.

With COP 26 drawing to a stuttering close, even the hollow declarations there seem sweet and wholesome compared to the contorted fraudulent confusion of HS2.

“W.A.R. is evicted. The tunnel is empty. The resistance is not. We will tirelessly continue till our work is done.”