Reacting to the report, Penny Gaines, Chair of Stop HS2 said,
“It’s over a decade since HS2 was first announced, and in that time we’ve seen costs triple, and the completion date pushed further and further into the future. The station at Euston has gone through numerous revisions, but as the report says they are running out of time to find a solution. Meanwhile the costs are uncertain and likely to increase.

“As the report shows, engagement with other people is dire. It’s not just the communities affected, HS2 Ltd have only had ‘limited conversations’ with the University of Birmingham, which has taken over the failed National College for High Speed Rail.

“COVID 19 has completely demolished the rationale for HS2, it should be cancelled as soon as possible.”

Joe Rukin, Stop HS2 spokesman said:
“This is yet another well-researched and independent report which shows that HS2 is a complete and unmitigated disaster and ever-expanding financial black hole but will be at best completely ignored by Government, or at worst it will be deliberately dismissed and wilfully undermined, as has every other report in the past which has tried to tell the truth about this ever-lumbering white elephant.

“It will be of no surprise to anyone that HS2 is getting even more behind schedule, even further over budget, and that there is still no evidence behind all the illusory promises of jobs and prosperity. But what will be surprise to many is that after over
twelve years they still do not have a workable design for the terminus at Euston, because it is as it has always been impossible, to fit everything needed to fulfil their false promises into the space available, yet after over a decade of failure they still cannot bring themselves to admit the whole proposal was built on a lie.” 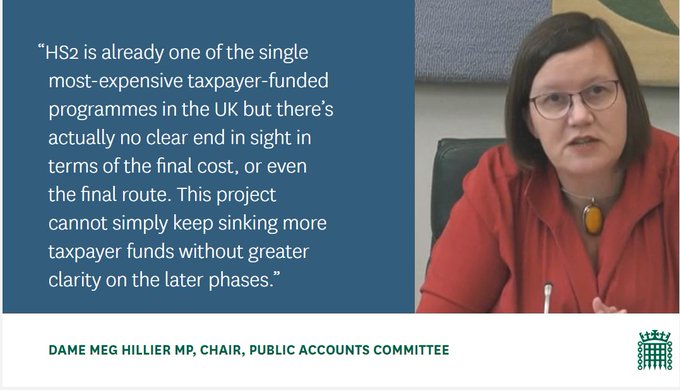 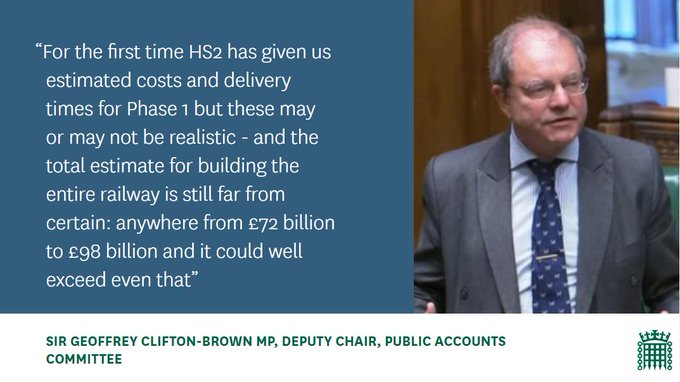