x
A report published today (Thursday 27 May 2021). from the Parliamentary and Health Service Ombudsman (Embargoed release and report linked in notes) into the mismanagement of the purchase of the family home of Jonathan and Elaine Loescher in Staffordshire has found that HS2 Ltd was dishonest, misleading and inconsistent, and the organisation failed to follow its own processes when negotiating compensation claims. This is despite the fact that the same case was part of an investigation by the same body in 2015, with HS2 Ltd committing at the time to improve their procedures and the way they treat people.
The Parliamentary Ombudsman’s new report has found that:
This echoes the 2015 PHSO report, which stated that the actions of HS2 were not open, accountable, or customer focused, adding that the way HS2 Ltd had dealt with people constituted maladministration, which included an attempt to blackmail Mr Loescher into dropping the complaint which led to the actual report. 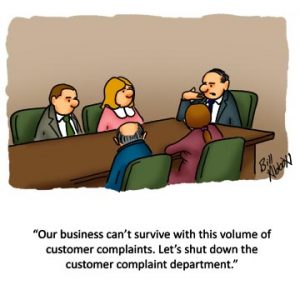 The 2015 report was followed up by the PACAC who concluded “There is still a culture of defensive communication and misinformation within this public body and that is not acceptable.”, and a report commissioned by HS2 Ltd themselves, conducted by Ian Bynoe In March 2017, who found that “Residents experienced administrative delay, prevarication, and a lack of candour about what the Company was willing or able to do and when. They encountered an unreasonable and unjustified defensiveness when they complained that the standard of response they were getting and its timeliness were unacceptable.”
In 2017, the HS2 Residents Commissioner said that HS2 Ltd had failed to implement the recommendations of these reports.
Jonathan Loescher who brought the complaint that led to both PHSO reports said:
“We believe that those set to lose their homes, communities and businesses to make way for HS2 Ltd should be dealt with using the utmost probity, honesty and fairness. This has not been the case. The last 10 years has been a nightmare. This is the second damning PHSO report into HS2 Ltd handling of our case and it confirms that HS2 Ltd have lied, delayed and misled us. We are not alone. We have evidence of many innocent members of the public who are still being similarly treated. This behaviour by HS2 Ltd is causing an epidemic of stress and mental health issues up and down the route of HS2.”
“In the case of HS2, the Government has created a semi-autonomous “Carillionesque” quango with rights and powers to acquire people’s homes, businesses and communities. The Government has then turned a blind eye and failed to provide any proper oversight or “checks and balances” regarding how those powers are deployed.”
Former HS2 Ltd Land and Property Director Doug Thornton, who was sacked in 2015 for refusing to falsify reports said:
“The Ombudsman’s findings of multiple maladministration in this one single case alone is of little surprise. I warned HS2 Ltd of a serious lack of capability to properly deal with landowners in 2015. No one cared, both HS2 Ltd and DfT simply ignored concerns and ploughed on regardless. An extremely detailed Report by Deloitte, which catalogued the HS2 Land & Property functions severe deficiencies, was shredded HS2 Directors. A further Report by PWC that detailed HS2 had massively insufficient budget to purchase the land required to enable the Phase 1 route was similarly buried.” 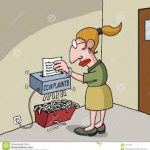 “This Ombudsman’s Report reflects the experience of one dogged landowner, determined to share their own experience. I fear there are thousands more cowed by malpractice & maladministration suffering at the hands of this rogue public body. My own experience of HS2 was of fraud, of an organisation devoid of honesty, determined to paint a far rosier picture to Parliament than reality permitted. That it has taken so long for the inevitable consequences of the deceit to start to emerge is awful and must raise serious questions as to just what HS2 are doing with statutory powers knowingly obtained by deceit.”
Stop HS2 spokesman Joe Rukin responded:
“The report by the ombudsman in 2015 laid bare that a culture of disinterest, deception, maladministration, blackmail, and unaccountability was endemic in the way HS2 Ltd treats human beings as an unfortunate inconvenience to be strung along and ignored. Six years later and another report shows that things have got worse. HS2 Ltd is a rogue organisation at the heart of Government, which from day one has systematically failed to listen to communities or treat people with a shred of human decency, instead seeing residents as an inconvenience that is in their way, and consistently bullied vulnerable people to squeeze them out of the true value of their land and property. Ministers will continue to make the same excuses and promises that they always have: that these are isolated incidents; this is ancient history; and that things have changed they have learned their lessons. But we’ve heard it all before ad nauseum for over a decade, so we know there will be more empty words and because they know they can get away with anything, nothing will ever change at HS2 Ltd.” 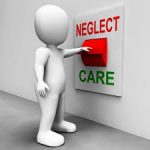 Andrew Shirley, Chief Surveyor for the Country Land and Business Association, which represents 28,000 landowners, land managers and rural businesses in England and Wales added:
“We have long since argued that HS2 Ltd need to improve its communication, and provide swift compensation to farmers whose land has been bought under compulsory purchase.  Unfortunately this is seldom the case.  Whilst the scale of the infrastructure scheme often grabs the headlines, too little attention is paid to those whose homes and livelihoods are threatened by the scheme – the financial impact and prolonged emotional pressure of which is unimaginable.”
“One can never just hope that organisations such as HS2 will simply do the right thing – you need robust measures in place to ensure they do. It is now essential that government establishes an independent body to deal with complaints and hold HS2 Ltd and its contractors to account as soon as problems become apparent ‐ not years later after several levels of a tortuous complaints procedure have been exhausted.”