Sadly, and as many of you will have expected, I was denied permission for a Judicial Appeal against the decision of the Government to allow HS2 Ltd to issue ‘Notice to Proceed’. Originally when the HS2 Act passed into law, there were meant to be set of three official ‘Review Points’. To pass them, HS2 Ltd would have to show that their management was competent, the budget was under control and all of that sort of stuff that is the exact opposite of the way HS2 Ltd work. The idea was: pass a Review Point, get more powers. When they finally passed Review Point 3, they could issue ‘Notice to Proceed’, construction could begin, and we’d be stuck with this ridiculous white elephant.

Of course what actually happened was that HS2 Ltd fell spectacularly at the first hurdle, failing Review Point 1 three times, but George Osborne launched the tendering process anyway. When HS2 Ltd Review Point 2 came along, Government realised the only way of dealing with the situation was to amend the HS2 Development Agreement and remove all 122 references to the phrase ‘Review Point’, and the subsequent need for HS2 Ltd to pass any of these pesky tests of competence and probity.

My Judge wasn’t interested in any of the arguments around this point, or the fact that there was evidence, much of which is in the public domain that the Ministerial and Civil Service Codes, the Companies Act and the Fraud Act have all been breached, as well as Parliament clearly having been misled. If you want to know more, please click this link: HS2, and just some of the reasons why the whole thing is fraud.

The environmental part of the case, that the Environmental Statement has clearly been breached was dismissed out of hand as simply being an attempt to re-run issues that Chris Packham launched a legal challenge over. This was despite the fact that that his challenge specifically didn’t look at many of the issues in mine, and of course my Judicial Review was actually launched before his had finished.

But let’s be honest, HS2 has proven to be a law unto itself for over a decade, so I got exactly the verdict we all knew I was going to get, but from my point of view this was just something I had to do, and thank you so much for your support with it and so many other things over the years.

And talking of things I have to do, this is something I’ve been putting off for a very long while, but it is time  to admit that this is the end of the line for me, and I am officially stepping back from the campaign. I won’t be going away completely, and there are still a couple of things I feel the need to do. But as all the long-term supporters will have noticed my involvement hasn’t been quite what it used to be, and it’s not like the old days when there were all those community meetings up and down the country, actions and events in parliament to be organised, the endless press work, the constant flows of queries and questions that never did all get answered, the annual trudge to party conferences and over a thousand articles written for the website, you know all of the stuff that equated to living, eating and breathing Stop HS2.

I suppose I didn’t want to admit it was time to go earlier, not just because I’ve been here since day one, but I felt I would be letting people down. There are people in terrible situations, people who look out every day onto the devastation being done in the name of HS2, and it felt hypocritical to walk away when there are so many who can’t. There are still fights to be fought and there are so many people committed to preventing and minimising the impact of HS2, but I’m not needed to lead those fights.

The website will continue and Penny will need your input more than ever to keep it updated, and there of course are still costs involved with keeping that going.

As you might have expected, I can’t let you go without asking you to do something, and it won’t be a massive surprise to hear I I’d like you to sign this petition.

So for one last time, all that remains is to say thank you as always for your fantastic support. 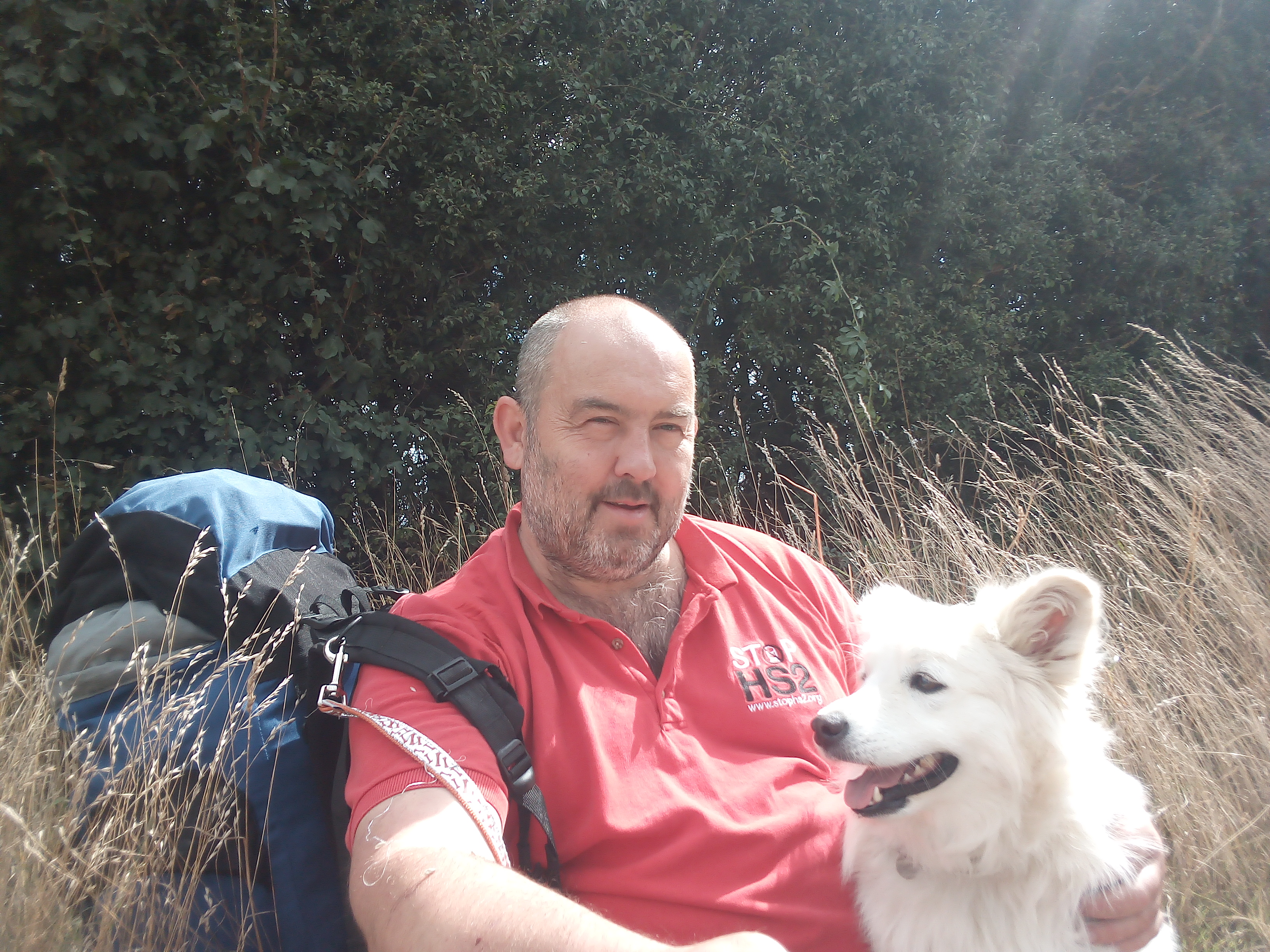 Joe Rukin and Eevee the dog