The latest polling from YouGov, conducted on January 21st (so before a stack of the latest scandals) has shown that on balance, if you are a Remainer living in London you think HS2 is a great idea. If you’re not, you don’t. 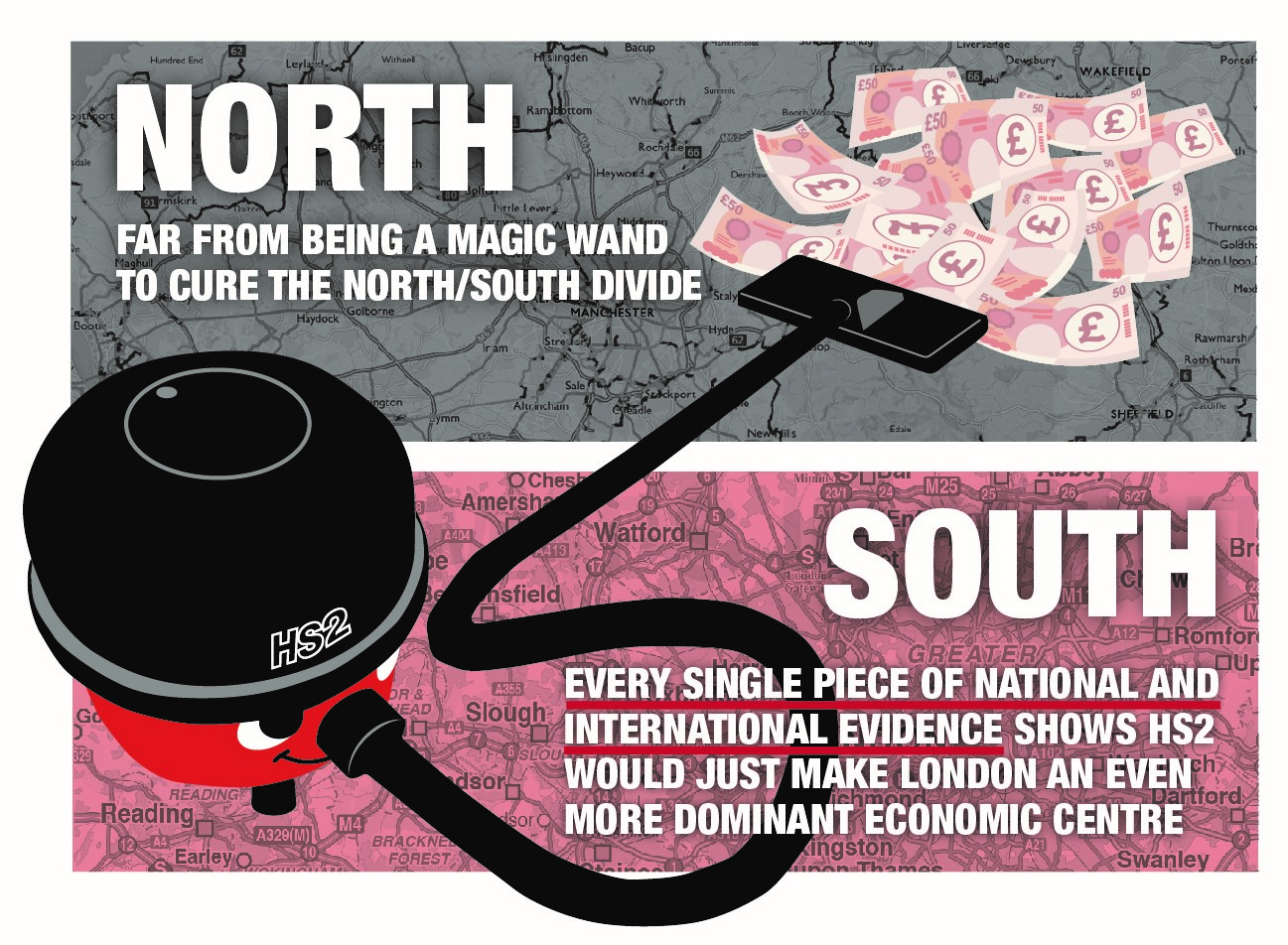 The poll showed 39% of the public are against HS2 with only 34% for it, but these figures are massively swayed by the large number of supporters HS2 has in the capital, with just 23% against HS2 in London, opposed to 42% being for it. In the Midlands & Wales and North of England, the figures are 45% against 33% for and 41% against 35% for. 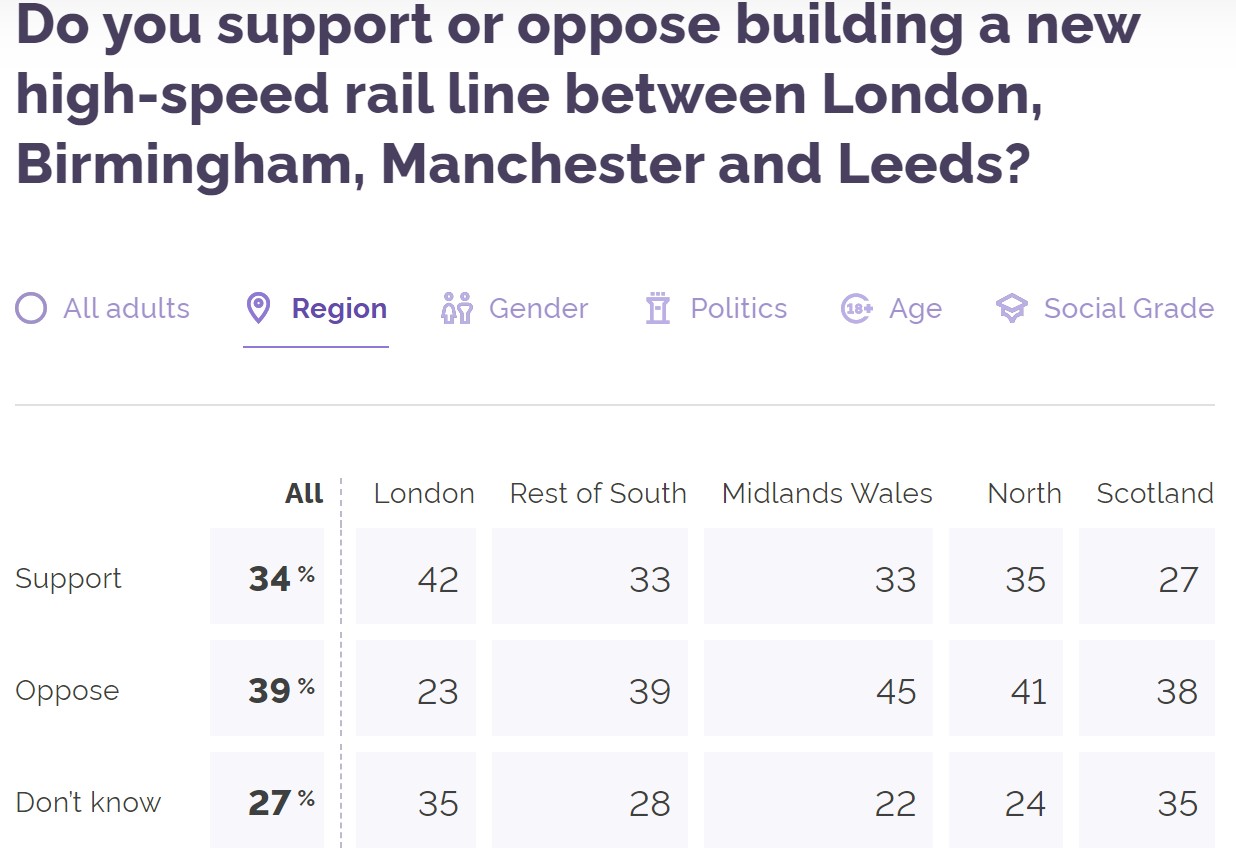 In respect to politics, supporters of Labour, Conservatives and the Liberal-Democrats all come out against HS2: 40:35; 44:34 and 41:36 respectively. Whilst there is slight overall support for HS2 amongst remain voters, there is a large opposition to HS2 amongst leavers: 36:38 and 48:30 respectively. 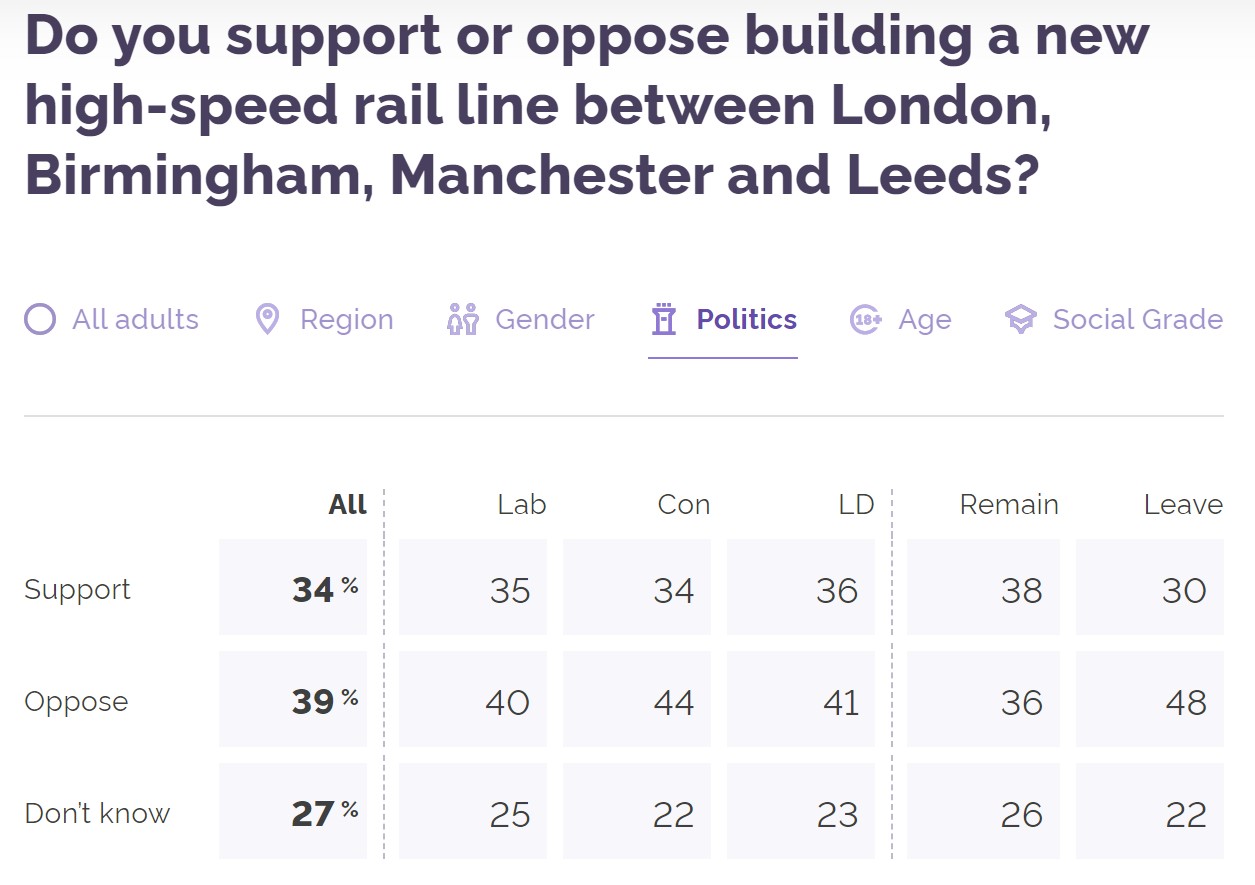