An FOI response to New Civil Engineer has confirmed the rapid expansion of the use of gagging orders, referred to officially as Non-Disclosure Agreements, by HS2 Ltd, with 276 having been signed up to March this year.

This marks a rapid expansion, as while HS2 Ltd started requiring outside organisations to sign NDAs in 2012,  almost half of them 112 were signed last year. These agreements relate to what HS2 define as ‘outside organisations’ and the company has very specifically stated that these NDAs do not relate to employees of HS2 Ltd.

However, given that the number of NDAs seems incredibly light considering the number of home and landowners subject to gagging orders, it is quite likely that standard contracts of employment or severance contain gagging clauses the same way some compensation agreements have, therefore people signing them are not signing gagging orders per se, but a more wide ranging contract that contains a non-disclosure clause.

This news comes as no surprise to most observers of HS2 Ltd, as since the start relevant and pertinent data concerning HS2 has been kept from the public, such as the HS2 Development Agreement, the Heywood Review , the report they commissioned then disowned when it didn’t say what they wanted and of course a pile of reports which have rated HS2 as amber-red.

28 of the NDAs have been signed by local authorities with at least 26 of them having no end date. A recent report from the Town & Country Planning Association heavily criticised the policy of using such mechanisms to keep elements of contracts beyond public scrutiny, stating that NDAs “have created real anger among local politicians and even more resentment from affected communities when they have discovered their existence”. 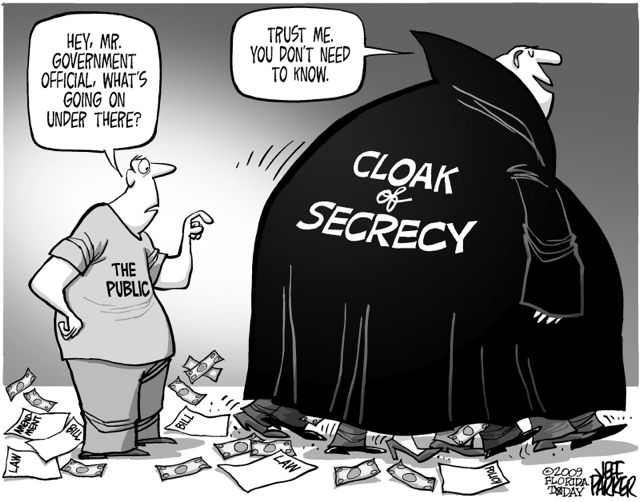 “The use of confidentiality agreements to gag local authorities breaks every rule of basic public participation What HS2 Ltd is doing is sending a message to the public that they should be excluded from what is going on in their own back yards.”

“From my experience the secrecy and gagging orders implemented by bodies such as HS2 Ltd contribute to real anger on the ground when people find that they’re unable to know what is going to happen to their communities.  It is basic breach of trust and fuels even greater suspicion and resentment which ultimately makes it much harder to have a sensible debate about our future infrastructure needs.’’

email
Tags: News
News
One comment to “HS2 Extend Their Cloak of Secrecy, Demanding the Signing of 276 Gagging Orders.”