In Harefield, in a move of either spectacular arrogance or incompetence, HS2 Ltd made it clear that they intended to strip the trees from Harvil Road the same weekend that the Extinction Rebellion protests in London finished, meaning there were dozens of organised environmental activists willing to take direct action right on the doorstep. HS2 recently stripped approximately 2,000 trees from inside their compound, but that area is covered by a High Court Injunction which prevented protestors from interfering with the work. Confirming everyones worst fears, HS2 Ltd supposedly found absolutely no nesting birds whatsoever in all of those trees, with every bit of woodland and anything that apparently wasn’t living in them being immediately fed through mechanical woodchipping machines.

This would not happen this time. This time, HS2 Ltd needed to get permission to close the road to take the trees down, so well before 8am when that road closure came into effect activists climbed some of the trees, and to be perfectly honest, that was about it. Someone from HS2 Ltd came to the roadside and pointed out that there were people in the trees, their security van drove up and down the road a couple of times, and then about 10am the van that had the barriers to close the road in the back drove past, never to be seen again. There wasn’t the slightest attempt to do the work, remove anyone or even talk to the people in the trees. They just saw there were people in the trees and went away.

There was a steady stream of media calls to the camp and photographers coming along, but the most interesting thing was watching the trees swing in the wind that had blown through the camp the night before. On the Sunday it was even more straightforward, with the security van doing the round before the police were called to site. The site foreman tried to say activists were breaking the injunction, the police read the injunction, and then they drove off, never to be seen again. By about mid-day it was clear the trees had been saved and everyone came down, meaning that when Sky TV came in the afternoon, people had to get back into the trees just for them. Of course nothing was certain until the road closure order ended at 6pm, so people attending the protest started clearing up all the rubbish that had been chucked out of car windows over the years until time was up. 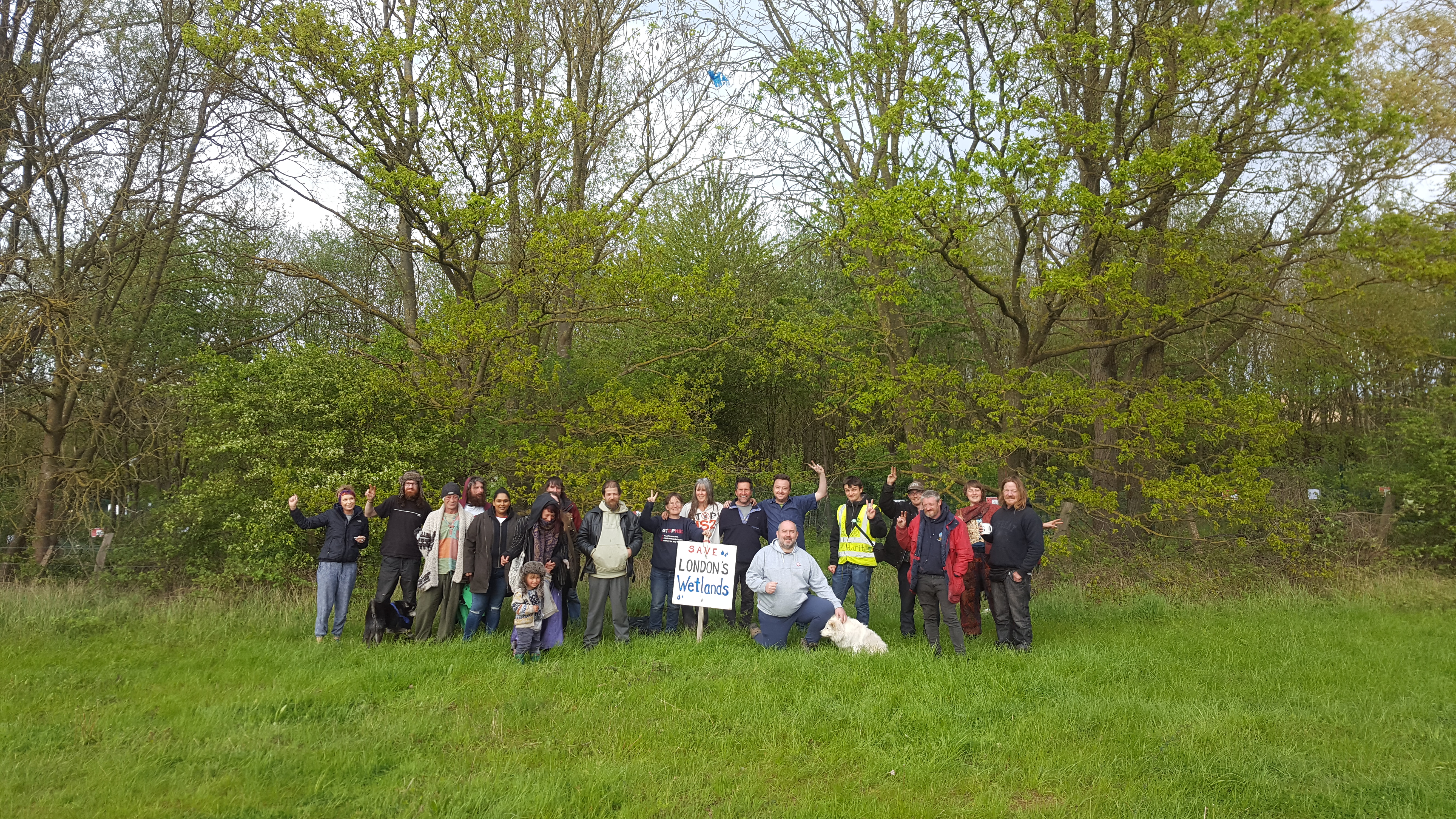 It was a similar story today at Steeple Claydon, where residents walked down a public footpath across farmland HS2 Ltd have taken possession of and simply stood in front of the Super Axe Whacker. It then went away. They stood watching the compound for the rest of the day, a member of staff admitted that HS2 probably wouldn’t do anything because they are there and some people from Extinction Rebellion turned up later to give them some advice. It was really that simple. How things turn out tomorrow we will see. But what we do know is that HS2 Ltd seem at least in the first instance, incapable of doing anything at all at the first sign of any protest.

Today we’re with residents from Steeple Claydon who have this morning already stopped #HS2 from tearing up more hedges, simply by standing in front of the Super Axe Hacker ready to rip up more hedges. #StopHS2 pic.twitter.com/4qxOVaVXdO

#SteepleClaydon residents seem to have put a lot of planning in and look like they are in for the long haul to #StopHS2 causing any more damage in the area. #HS2 pic.twitter.com/28wHlQvThL

This “Green for Going to Go” tree is a good example of the sort of tree #HS2 are readying to cut down at #SteepleClaydon. It has a hornet nesting inside and both new a old woodpecker holes, but has been classed as unlikely to support wildlife. #StopHS2 pic.twitter.com/S0Pd2obosc

Here is what the Super Axe Whacker that #HS2 want to use to rip up trees with at #SteepleClaydon. #StopHS2 pic.twitter.com/blAAAo4LZb