In response to a report in the Sunday Telegraph that HS2 is running around 3 years behind the construction schedules published in 2013, HS2 Ltd have stated:

“The 2013 environmental statement is not a programme of construction works and to confuse the two is wrong and misleading. Following public consultation and parliamentary process, and the appointment of early works contractors, the more detailed programme of works was developed.”

The Stop HS2 campaign responded by saying this demonstrates that “Spin and the denial of reality are now fundamentally embedded within the project.” as a document entitled “HS2 Phase 1 Construction Timetable”, which is currently available on the HS2 Ltd website and was last updated on the day the parliamentary process for Phase 1 concluded, specifically states:

“The construction and commissioning of the Proposed Scheme project is expected to take place in stages between 2017 and the end of 2026, with some enabling works starting in 2016. The programme and planning assumptions for the construction is set out in Section 2 of each Environmental Statement Community Forum Area Report. The duration, intensity and scale of works along the route will vary over this period.”

Thousands of people along the proposed route attended HS2 consultation events in 2013, and were specifically told that Section 2 of the Environmental Statement contained the construction timetables for their areas. These timetables were then vigorously defended by HS2 representatives during the parliamentary committee hearings. The HS2 Phase 1 Environmental Statement itself consisted of 51,000 pages, was the most detailed document every presented to parliament, and the rules on consultations were changed just for this document, so that it could be delivered digitally.

Last week, Transport Secretary Chris Grayling and West Midlands Mayor Andy Street unveiled a plaque at the Curzon Street site in Birmingham, claiming that they were marking the start of construction of HS2. However, whilst enabling works have begun in many areas, final designs do not as yet exist for either the trackbed or the stations, which makes this claim, along with the one from HS2 Ltd that: “HS2 remains on track with construction works well underway on 60 sites across the route from London to Birmingham” completely impossible.

Currently, final designs for the trackbed on Phase 1 are not expected until June 2019, two and a half years after construction had been due to start in some areas. These final designs were recently pushed back because after ten years of planning, HS2 Ltd had still not completed ground surveys. In many areas along the proposed route, these surveys are still ongoing.

Delays to construction and enabling works include:

“HS2 Ltd have just stated it is ‘wrong and misleading’ to think that the document their website states contains the construction programme, actually contains the construction programme! Not only that, but they seem to be casually saying that the thousands of people who attended consultation events in 2013 were lied to, and the most detailed consultation document ever presented to Parliament was also a lie.” 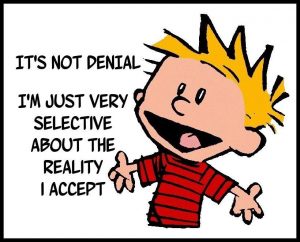 “It is abundantly clear that the vast majority of HS2 construction is about three years late, but the deeply alarming response to this from politicians and HS2 Ltd alike is to lie and cynically rebrand the enabling works as ‘construction’. It is unbelievably deceitful, when there are still no final designs for either the 140 miles of Phase 1 track or any of the stations, for anyone to try and claim construction of HS2 has started.”

“Spin and the denial of reality are now so fundamentally embedded within the project that HS2 Ltd seriously think it is reasonable to say it’s ‘wrong and misleading’ to state they are years behind their officially published timetable. HS2 Ltd are acting like a spoilt kid, basically admitting they are completely unaccountable, totally out of control, and no-one should ever believe a word they say.”