An almighty scandal had previously surrounded the original award of the contract because CH2M and HS2 Ltd seemed to have a revolving door recruitment policy, whereby HS2 Ltd keep taking staff both permanently and on secondment from CH2M, whilst CH2M have been regularly picking up HS2 Ltd staff. The fact that there had been several high-profile crossovers during the original award of the contract meant that the whole thing simply stank. 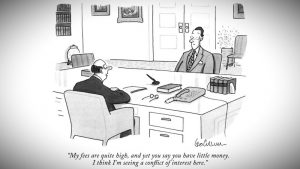 The whole thing blew up when rival bidder Mace threatened to take legal action. When it became obvious that CH2M couldn’t defend their position, they simply walked away from the contract, with HS2 Ltd saying they would simply give the award to second placed Becthel. At the time, this did not impress Mace, who said:

“Disappointingly, HS2 Ltd seems dead set on defending what we believe is a seriously flawed process. A process that many would say is further called into question after CH2M’s surprise decision to quit. We continue to look closely at our options, and remain hopeful that HS2 will come to their senses. In 26 years of working on some of the most iconic projects around the UK and the world, we have never yet taken a case to the High Court, and would not take any decision lightly.”

After HS2 Ltd were dragged in front of the Transport Select Committee, they went further, saying:

But oddly enough a couple of weeks later they changed their minds, saying: 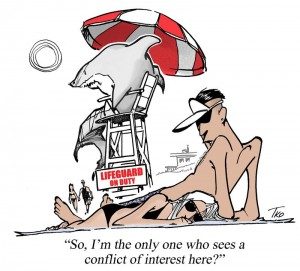 “Despite the flawed process, we have decided that the importance of the scheme to the national interest, particularly the north of England, outweighs our drive for taking action. It is imperative that HS2 now focus their attention on delivering this essential project both on time and in budget.”

This might seem odd, if it wasn’t for the fact they made this decision, just after it had been let slip that they were going to get the £5.7bn contract to refurbish Parliament, beating a rival bid from, you’ve guessed it; CH2M Hill! Whilst that still hasn’t been officially announced, it did seem rather convenient that it was let slip they were getting this, just before they had to decide whether or not to take that legal action.

Any speculation over what will happened now is well and truly over, with Bechtel signing on the dotted line. Whilst Mace may well now be happy, the indigence they displayed over conflict of interests now seems rather hollow, as a ‘flawed procurement process’, ‘riddled with errors’ has now been allowed to stand.

You have to wonder whether or not CH2M might decide to challenge the award of the Westminster contract. Meanwhile, Bechtel now have the chance to have loads of staff on secondment in HS2 Ltd offices.

email
Tags: News
News
One comment to “HS2 Conflict of Interests all Forgotten, as it’s Troughs all Round”