There has been a fresh call for a full review on HS2, following a Freedom of Information Request which has revealed details of frivolous spending by HS2 Ltd. However, whilst there have been previous reviews of HS2, the author of one has ignored calls for it to be published.

The FOI response has shown that thousands has been spent on attending party conferences, meaning Government was not only using public money to lobby itself, but opposition parties too. It also showed not surprisingly for anyone who uses social media, that HS2Ltd have been monitoring what people say about HS2 on platforms such as Facebook and Twitter.

All of this prompted Cheryl Gillan MP to state:

“The accountability of HS2 must be seriously questioned as this use of precious public funds cannot be justified. A new Government should conduct a root-and-branch review to assess its value for money, the competence of its senior personnel and its governance.”

However, whilst there have been similar reviews in the past, the outcome of these remains a closely guarded secret. Whilst the IPA (formerly MPA), which is part of the Cabinet Office has repeatedly rated HS2 as ‘amber-red’ meaning it is in danger of failing, these twice yearly reports have not been published for almost five years.

On top of those, Sir Jeremy Heywood was called in to conduct a thorough review this time last year. His report has stayed secret, and he has just replied to a call from Stop HS2 which asked for the publication of his report. Sadly, the best he could do was deliberately misunderstand the question and provide information we already knew, saying it is perfectly normal for reviews to take place on such projects, ignoring the call for publication..…… 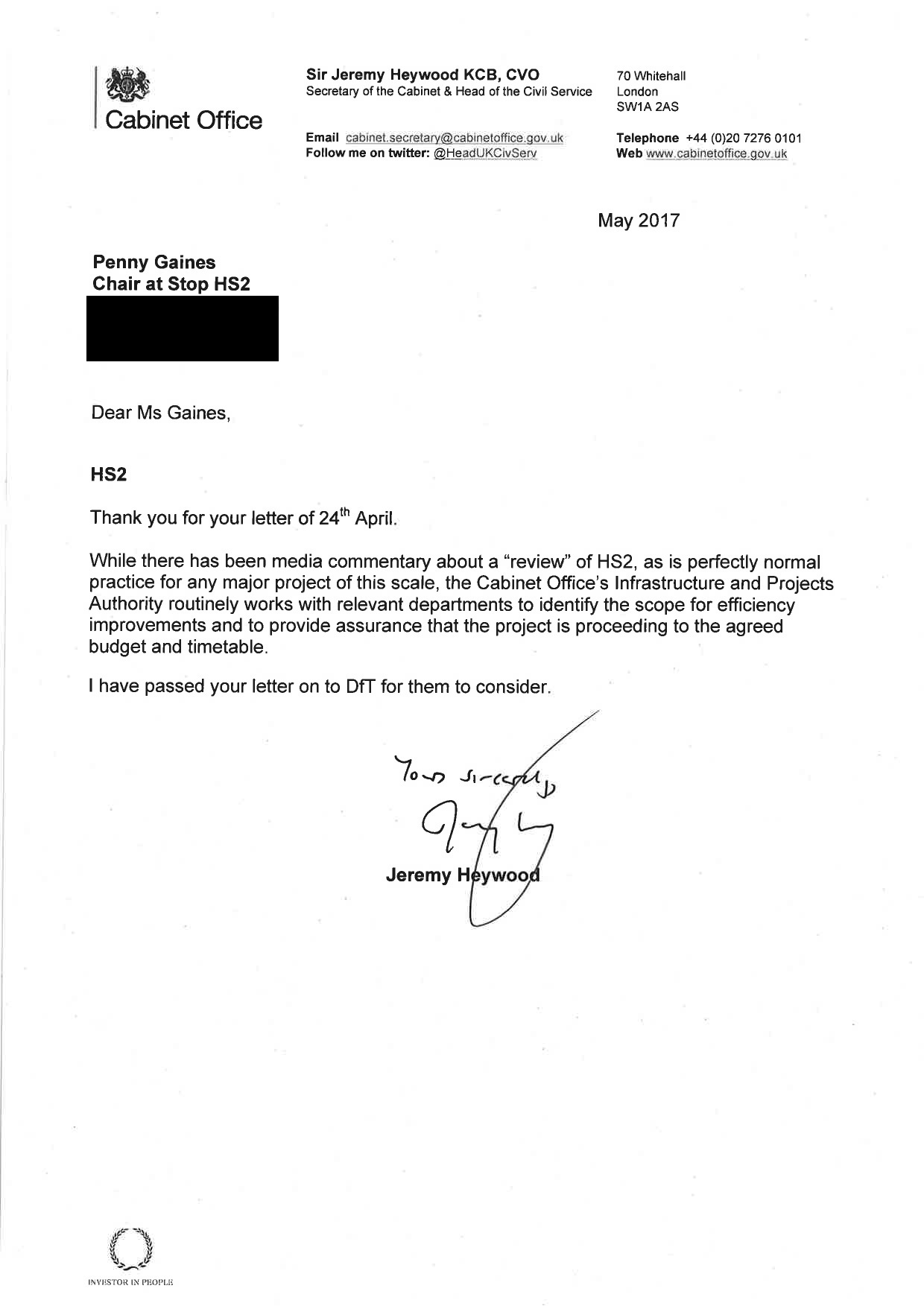 email
Tags: News
News
One comment to “New call for HS2 Review, as it is Confirmed Previous Ones Stay Secret”