Whilst Theresa May has now announced that Article 50 will be triggered next week, it seems no attention whatsoever has been paid to what Brexit could mean to HS2.

There is of course the rather obvious point to make that there may apparently be a cost of about £50bn for leaving the EU, and we can think of somewhere they could find £50-odd billion, though why you have to pay to leave a club is something that doesn’t make sense to us. 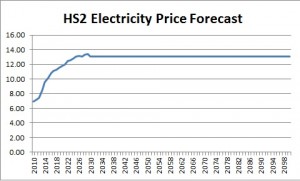 Another question is whether or not anyone has paid any attention to rising prices and how that would impact the cost of building and operating HS2, but as the original HS2 forecast was that the cost of electricity will go up until 2029, and then never, ever go up again, this seems increasingly unlikely.

The thing that everyone seems to have missed however is that there could be a considerable cost saving in waiting until Brexit is completed, before starting to build HS2. The reason is that currently, EU regulations dictate pretty much every aspect of how HS2 should be built.

While a lot of these things may be sensible and for good reason, there is one particular stipulation that stands out as really jacking up the costs, the tunnel specifications. 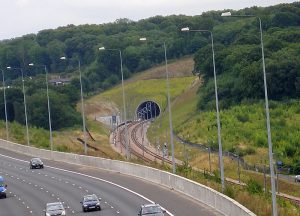 The EU now dictates that rail tunnels in the case of HS2 must be twin bore, i.e. each track has to have its’ own tunnel. Those of you who use railways may well have noticed that a lot of tunnels of the UK rail network allow for two or even more tracks, most relevantly in this case, with HS1 in Kent.

So with tunnels accounting for a large proportion of the costs of HS2, waiting until Brexit has completed would save billions. Maybe in the two years it would take for Brexit to conclude, someone might like to sit down and decide whether HS2 is the best idea after all.

But maybe that would be a bit too sensible, and not at all what the vested interest lobbyists from the construction industry want……

email
Tags: News
News
3 comments to “Brexit on the way, but no rethink on HS2.”