There are lots of different ways of making your voice heard – or rather seen – over HS2.

But not many are quite as large as Roger Edwards’ actions: 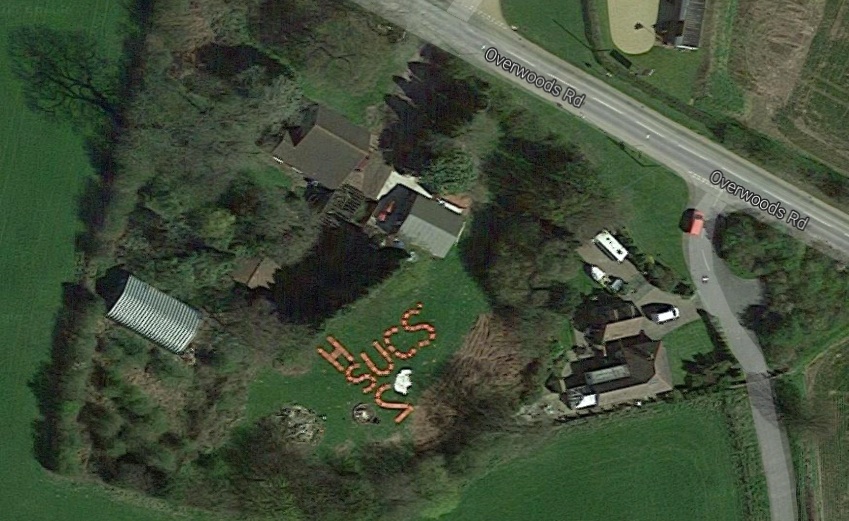 “There are lots of reasons why HS2 is a bad idea. It will be a subsidised business which we will all pay for and the loss of habitat will be immense! I could go on and on but it seems that someone has said don’t advertise the downsides.

“For anyone affected or against is to maybe do what I have done at my residence, which can be seen on Google Maps satellite image. It may not be an original idea but if enough people with land or large roofs did similar then maybe it would have the desired effect.

View for yourself here.