In a radio phone in on LBC radio on Wednesday, the new Mayor of London expressed concerns about HS2’s plans for Euston, and suggested that it could terminate at Old Oak Common. 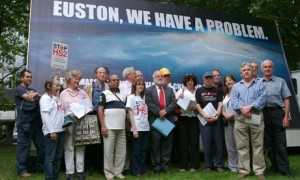 Sadiq Khan, who was elected earlier this month, was taking questions from listeners when one caller pointed out the huge disruption at Euston, which will last for 15 years.

In his reply, Sadiq replied

“I share your concerns. I think HS2 is a wonderful idea, you know high speed trains are really important. I’ve got concerns whether Euston is the right station for the London part of HS2, but also you’re right the disruption during the building works will cause huge inconvenience, the numbers of homes being destroyed during the construction works, also if you think about it Euston station doesn’t have links to Crossrail and so one of the things that I’m looking into is whether we should look at old oak common as the station for HS2  to go to you’d have fast links to Heathrow, fast links to Crossrail and also far less disruption.”

He asked listeners to “watch this space” and that he would talk to those behind HS2.

Sadiq went on to say that:

“One of the things we’re considering is whether old oak common could be a temporary station until some of the things that John’s talked about are dealt with. If you look at Kings Cross/St Pancreas it’s now a gorgeous public realm and how it’s been built it took some time to get there. We want to be ambitious for Euston as well and I’m afraid the current plans don’t address some of the concerns John has. There is an alternative, which means there’s no delay in HS2 happening, which is old oak common and we could then come back to Euston.” 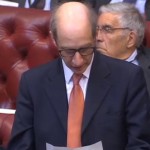 while there has been speculation for months that Andrew Adonis (full title Baron Adonis, of Camden Town in the London Borough of Camden) would join Sadiq’s team at City Hall. This would be a “stupid” move according to one official who spoke to the Yorkshire Post, given Adonis’ role as Chair of the National Infrastructure Commission which a key plank in the Chancellor’s Northern Powerhouse schemes.

“However senior figures are now lobbying Lord Adonis, who was Transport Secretary in the Brown government before becoming an independent cross-bench peer, not to accept the new role.

“…Another senior policy expert close to the talks expressed alarm that Lord Adonis believed it was feasible to do both jobs when policies like Crossrail would clearly conflict, for example, with plans to invest in the North’s railways.”