It’s long been known that HS2 Ltd haven’t been great when it comes to doing surveys. Many people have said traffic surveys have seemed incomplete, have had gross underestimations and have been done, maybe deliberately, when roadworks have completely skewed the results. When drainage surveys were done, HS2 Ltd admitted they couldn’t find some of the smaller drains, despite the fact most people know to find them at the side of the road, just next to the kerb every hundred yards or so.

Wildlife has been particularly problematic. You see, not only are animals so inconsiderate as to move around, but they deliberately hide from people in trees or underground. Some take it a step further, only coming out at night or deciding to be out of the country on a winter holiday when the surveyors come round.

However, you would think that heritage assets – you know, old stuff that’s been there for centuries would be easier. There is of course a small problem with stuff that is now underground and that’s fair enough. Here’s an example in Warwickshire, taken from the heritage survey accompanying AP4/SES3:

“The only heritage asset relevant to this assessment is the site of Weston Mill and bridge (asset reference OFC038), an undesignated asset of low value. The Mill was first recorded in the 13th century, but has since been demolished and is no longer extant. The bridge is similarly referenced in medieval sources, but is no longer extant. Evidence of these now-removed features may survive below ground.”

There is just one problem with that statement. The mill may have gone, but as for the bridge, well…. 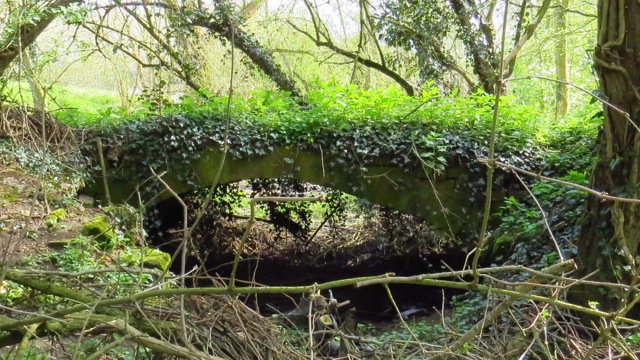 The Weston Mill Bridge. Maybe below ground level, but certainly not underground.