The issue of the noise HS2 will produce is not an easy one to get grips with. Besides the fact that how noise transmits and reverberates against the landscape and structures is something that laymen may struggle to understand, we have a starting point of not knowing how much noise the trains would make, as no-one knows what trains would run on HS2.

There’s a further confusion, and one that has been a subject of much debate, because there is more than one way of measuring noise. HS2 Ltd have long been criticised for deciding to use a scale known as LAeq, to determine both the Lowest Observed Adverse Effect Level and Significant Observed Adverse Effect Level. According to the National Planning Policy Framework, where the assessed noise levels fall between the LOAEL and SOAEL, the Policy requires that:

“All reasonable steps should be taken to mitigate and minimise adverse effects on health and quality of life while also taking into account the guiding principles of sustainable development.”

Under the heading of Conserving and Enhancing the Natural Environment, noise aims are detailed at s.123, which states that:

Planning policies and decisions should aim to:

Over the years, HS2 Ltd have produced maps which predict the noise contours which would be heard along the route if HS2 is built, and have used them to proposes noise barriers. The problem is that they have used LAeq to project the noise, which is best described as average noise. So if a train comes along every 90 seconds and can be heard for about 20 seconds, then you average out 20 seconds of noise and 70 seconds of silence. And of course you add in the six hours overnight when no trains run to get that figure down as far as possible.

Residents and community groups have continuously tried to point out that this is simply wrong, that the only measure of any meaning should surely be the maximum noise HS2 would create, known as LAmax.

Well, a surprising ally has come forward in the guise of Rupert Thornley-Taylor, who has been in and out of Committee Room 5 on a regular basis over the last year, as the expert witness on noise for HS2 Ltd. On 12th October 2015 he told the committee:

“The Lmax requirements in Information Paper E20 are the most sensitive test. Actually, Leq at night, while it is an important part of the assessment process, is not the test which tells you how much mitigation is required in which areas. It is the Lmax which is the most important one.” 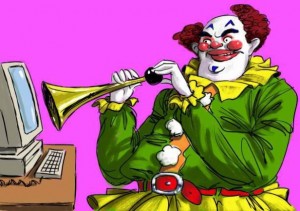 On 4th November 2015 he went further, adding: “The geographic extent of the requirements that come with being above LOAEL is actually much greater [using LAmax] than the 50 LAeq on the map”.

So the obvious questions are: Why do HS2 Ltd not produce maps that show the full geographical extent of the noticeable change in noise levels? And more importantly, which measure of noise has been used to work out mitigation levels?This is surely a question which many people yet to petition the committee or to go on again under additional provisions, will be asking.

Thanks to Peter Delow for spotting this. A more detailed version of events can be found on his blog.