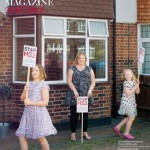 In today’s Independent magazine, there is a lovely article on Keri Brennan, one of our most active campaign supporters.

You can read it online here.

And here is what Keri had to say about helping on the Stop HS2 stand at the Labour Party Conference.

email
Tags: News
News
2 comments to “And in the Independent….”