It seems that HS2 Ltd have taken on the old adage about buses and expanded it in their own image, because yesterday they showed that you can be waiting months for them to respond to a question, and then all of a sudden, seven come along at once.

The reason for this sudden flurry of activity was my appearance before the HS2 Hybrid Bill Committee yesterday for Stop HS2. In the submitted evidence, which under the rules of evidence relating to the committee hearings had to be submitted by 5pm on the Wednesday for a Monday hearing, text relating to several unanswered questions was submitted.  For once, due to a dentists appointment, it was submitted well before the deadline, but in response, HS2 Ltd said that they wanted to be able to submit evidence after that, because with the Stop HS2 session being a round-up of recent issues, they didn’t know what I was going to say and therefore what evidence I would submit, until I had done it. Oh poor dears.

Obviously, this is a massive double standard from HS2 Ltd. They have regularly dumped brand-new, unexpected and never-before-seen information on petitioners at the end of the two-working-day deadline, and they have never once suggested that petitioners be given the right to submit rebuttal evidence based on that. In that respect, you have to pity the people up on the first day from Burton Green, who after months of knowing what the plan for HS2 was, had Additional Provision 2, or a draft segment of it, dumped on them without so much as a by-you-leave. That is just one example, there are many others, including the dozens of petitioners from other areas, who two days before they appeared before the committee were presented with brand new traffic figures. All of these ‘new’ figures were still of course based on surveys conducted in 2012, but somehow, they came up with different results to the surveys published in the Environmental Statement.

Clearly, while HS2 Ltd, with all their resources, see no problem with coming up with brand new information to bamboozle petitioners to which they cannot submit supplementary evidence to, they equally have no problem deciding they have a right to throw out the rules about the submission of admissible evidence themselves. The punchline is that they seem to have completely missed the in-your-face-irony that all of the ‘unforeseen’ evidence submitted related to questions which had been asked of them, which they hadn’t bothered to answer. What, people might actually want answers to their questions? Whoever could have seen that coming?

Anyway, as for those seven buses HS2 sent along. Two of the responses which didn’t so much come up in the evidence session were about FOI/EIR requests, and we’ll cover that in another article. Another was a response to Solihull MBC. HS2 Ltd had said they would look at tunnel proposals for Balsall Common/Berkswell if the Council said they wanted them to. The Council had responded to that by more or less saying “Not only do we want you to, but we’ve already said we want you to.” [sic], to which HS2 Ltd basically said “Oh did we say that?” [sic], before going on to say that they weren’t going to.

Chris Langton of Burton Green had asked for clarification about estate agents charging up-front fees to people wanting to apply for the Need to Sell scheme, as a representative of HS2 Ltd had told him people should not have to pay them, and whether or not in some clearly blighted communities HS2 Ltd would consider doing applications in bulk. While there was no response to the second part of that question, at 9.59am yesterday, the day of the appearance, Mr Langton got this information via email:

“Since your email, the guidance for the Need to Sell scheme has been published and I hope that this answers your question. The guidance is available at the following website:-

“For clarity, we do not consider it to be necessary to pay an upfront fee to an estate agent in respect of marketing a property. Where such fees are demanded, or estate agents otherwise refuse to market a property due to Phase One of HS2, evidence should be provided of this as part of the NTS application. This will be considered by the Panel that makes decisions on NTS applications.”

The problem with that statement which hopes to provide ‘clarity’ is that it makes things as clear as mud. For some reason, HS2 Ltd have decided in their own heads that an estate agent refusing to market a property and an estate agent wanting up-front fees are the same thing, and anyone who does not know this should have worked it out and is clearly stupid for not doing. I mean is that not obvious?

The reality is that anyone who is told by an estate agent that they need to pay them up-front to market their house, a necessary part of an NTS application, will assume that they have to pay and that is just tough. The reason they would come to that conclusion is because the only mention of estate agent fees in the NTS documentation is this:

“The [NTS] payment is simply this sale price. It will not cover additional costs, such as the seller’s agents’ fees, legal fees or removal costs, on the grounds that if the property owner was already looking to sell their property, they would normally expect to meet these costs themselves.”

Besides the fact HS2 Ltd don’t seem to have got the point that most people weren’t looking to sell their property before HS2 came along, they also have missed that people are being asked to pay estate agents simply to enter the application process, with no guarantee that they will be accepted. The other question of course is if an estate agent refuses to market your property, how does an applicant get a valuation? Tim Mould for HS2 Ltd, pointed out that if an application is successful, HS2 Ltd will do that, but that it later in the process and does not change the fact the applicants are asked to provide valuations when they fill in the form to make their application.

The other three responses were all addressed to Mark Longmore of Drayton Bassett. He’d got two emails responding to each of his questions last week, then at 12.33 on the day, a third responding to both points. One question was over how many buildings at White House Farm would be knocked down. Back at the petitioning hearing where he asked that question in October 2014, one, two and three were all speculated on as to the answer to how many buildings would be demolished, but it now turns out the correct answer is ‘four’. That’s quite a significant piece of information for those who are concerned, and it is important to remember, that it hasn’t been the three and a half months since October in which that question has been unanswered, it’s been the best part of five years. 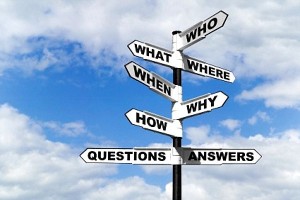 Is this signpost the reason HS2 Ltd surveyors could not find a footpath near Drayton Bassett?

His other question was why a footpath in the area had not been surveyed. The original answer last week was that surveyors could ‘not get access’, which seemed rather odd, as the footpath in question links one road to another, and still has some of the planning notices HS2 Ltd staff posted during previous consultations. Then, less than an a hour and a half before the hearing started, Roger Hargreaves, HS2 Ltds Director for Hybrid Bill Delivery sent his email, which included this statement;

So he might as well have said “We employed some people to do a job, and they didn’t do it. They came up with an excuse which is clearly rubbish, but we didn’t bother telling them to go back and try again and didn’t bother asking them to explain why they said they couldn’t access a footpath which empties out at both ends onto public roads. We had a responsibility to make sure the survey was done, and probably paid them for the work they didn’t do, but why exactly would we care about any of that?”

So there is a way of getting responses to unanswered questions from HS2 Ltd, but whether any of the ‘answers’ will be of any use whatsoever is another matter.