It may not be too much of a shock to read this, but HS2 Ltd have been forced to change the programme for the next site visit by the HS2 Bill Committee, after they originally proposed a visit to a station site, which didn’t actually include a visit to the station site.

On 16th September, the HS2 Hybrid Bill will make their second site visit, covering ‘Birmingham Interchange to Lichfield’, but disappointingly for Stop HS2 campaigners, they will be going south to Berkswell Station as soon as they get in the bus, meaning there is a bit too much of a whistle-stop tour around Balsall Common and Hampton in Arden. This is against the idea that for some reason, it is still felt important that the Committee see the inside of Birmingham Airport, which is over a mile in the wrong direction. The full itinerary, showing where and when the Committee will be in the districts of Solihull, North Warwickshire, South Staffordshire and Lichfield on Tuesday 16th September can be found here.

Committee Chair Robert Syms MPs made it clear on the previous visit to Birmingham and parts of North Warwickshire, that the Committee fully expect to see banners and meet members of the public during their visits, and will make time to speak to the public and press. As well as local MPs and Council Officials, Stop HS2 Campaign Manager Joe Rukin will be accompanying the Committee on the bus during this tour. 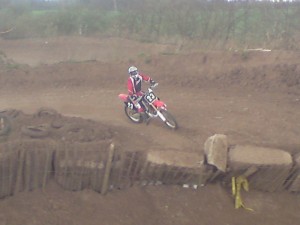 Move along, nothing to see here! HS2 Ltd seem to think the Olympia Motor Cross Track, which is planned to be concreted over by the Birmingham Interchange site isn’t worth a visit.

While the Committee will now visit parts of the Interchange site, they will not be visiting the Olympia Motor Cross Track, which due to the fact it has an observation tower, has the only vantage point from which the whole Interchange site can be seen.

There has also been another win for campaigners, in that the totally daft idea from HS2 Ltd that the Committee should hear petitions from Birmingham, then the Solihull district, before going back up to South Staffordshire, and skipping over the already covered Solihull on the way down has been cancelled. Solihull Borough Council, whose proposed petition hearing was originally scheduled for 14th October have been replaced with Staffordshire County Council. The full current calendar for hearings can be found here.

The Committee have issued a statement saying that once the Birmingham Spur is completed, they will go from north to south, as Stop HS2 has suggested since the start. There is one caveat to that, in that the committee have said that they may skip ahead to London at some point to try and get those hearings done by the General Election, but given that a motion before Parliament next Tuesday (details at bottom of linked page) shows HS2 Ltd will not be announcing any additional provisions for anywhere in London, the redesign of Euston has clearly still not yet happened so this concept remains slightly optimistic.

The statement from the Committee is as follows:

“On Friday 29 August we published the provisional future programme. That has now been agreed by the Committee together with the programme for our next visit which will be to the midlands area broadly north of the proposed interchange.”

“We can also confirm after considering petitions on the Birmingham spur – CFAs 26 and 25, we will then consider petitions for CFA22 – Lichfield – and then work down the route from north to south. CFA19 will therefore come after CFA20 and before CFA 24. We may, however, – but I emphasise only may – consider looking at the London and Colne Valley areas out of order – in other words earlier, to allow us to consider the plans for the Euston development and/or to make better use of parliamentary sitting time. It might, for instance, be convenient to consider a southern area with a smaller number of petitions in the period immediately before the election so that we can wrap up that whole area before any long break.”