If you were keeping up with the news last week, you might have thought that HS2 Ltd are moving their HQ from their home of Eland House, where they share with the Department for Communities and Local Government, to Birmingham. As DCLG rent the whole of Eland House in Bressenden Place whether it is full or not, you might have thought it would be exceptionally sensible for whoever was staying in London to stay there, but keeping things low-profile and saving money has never been the ethos of HS2 Ltd, they prefer splurging and ostentation. 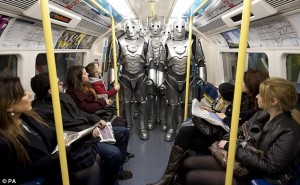 While the supposed ‘move’ of HS2 Ltd to Birmingham received lots of press attention, the move to their new London office has been kept out of the headlines.

It’s not the first time the building in question, 1 Canada Square, commonly known as Canary Wharf, has had a secret office, as in Doctor Who the clandestine Torchwood Institute was based there, and through their own arrogance allowed the Cybermen to cross into our reality from a parallel dimension. 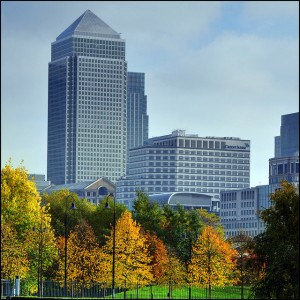 Canary Wharf – Despite what has been suggested recently, this is not in Birmingham.

For some reason, there has been no mention whatsoever of the move to 55,000 square feet of office space in Canary Wharf by HS2 Ltd, which the company completed on earlier this year. Indeed, the company website still lists the official address as Bressenden Place, but there is one, only one, giveaway sign, and that is where the jobs currently being advertised will be based.

Despite what you might have thought, HS2 Ltd are not currently advertising for one single job in Birmingham, with all the current job vacancies, including the one engineering one, to be based in East 14.