For years, one of the suggested ways to save water has been to put a house brick in the cistern of your toilet. The reason is simple, the brick takes up space which would otherwise be taken up by water, meaning there is less water in the cistern when you flush, but still enough to before an effective flush. Without doubt, one of the main contributing factors to flooding in areas, such as the Thames basin, is that water is not being held where it falls. In that respect, HS2 will definitely contribute to increased flood risk, by removing trees which soak up water and by implanting massive concrete structures into flood plains, just like that brick in the toilet cistern, reducing the amount of water the land can hold.

In recent months with all the flooding and storms which have hit the country, and how they have shown the resilience of our infrastructure to be wanting, there have been questions over whether spending £50 billion plus on HS2 is exactly what we want to prioritising right now.  Whilst £50bn would obviously buy a lot in the way of flood defences and sea walls which unlike HS2 have only got approval in recent years if their benefit-cost ratio exceeded 8-1, there has been a strong shout from politicians in the West Country, which would be even more isolated if HS2 goes ahead, for additional rail links to be built which would not be so vulnerable. However, what hasn’t been mentioned so much is that HS2 would certainly increase the risk of flooding. 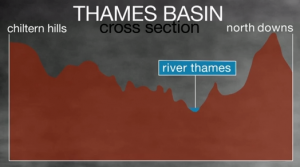 How water gets to the Thames

As BBC Environmental Correspondent Roger Harrabin pointed out, “There are really big questions being asked now about the land management on those hills [The Chilterns and North Downs], have we denuded them? Should we be reforesting them? The idea from professionals now is to hold water where it lands.” As an example, oak trees can drink around 60 gallons of water per day, yet using HS2 Ltds own figures, 32 ancient woodlands would be directly affected by HS2. The Woodland Trust put this figure at 49.

As any primary school pupil knows, building on floodplains increases flood risk. Drainage coupled with developments on smaller water courses may well protect them, but what it does mean is that water will enter the river system much more quickly. One such example is Canley Brook, which HS2 hits between Kenilworth and Coventry. Over recent years, it has been clear that water levels have steadily increased here, due to developments upstream. For years HS2 Ltd had not really paid much attention to Canley Brook, in fact calling it Crackley Brook, with one iteration of their plans actually showing the intention of crossing it at water level. The response from HS2 is to now move this water course in a concrete culvert, which may not mean this area floods, but it will mean that water is getting to Gloucester a lot quicker. In total, HS2 Ltd propose to move 12 major rivers. It is unknown as yet how many minor rivers such as Canley Brook would be moved. 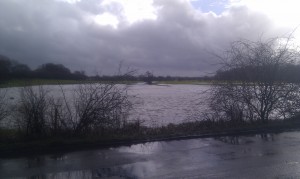 Blythe Floods – Can’t see the river for the water.

HS2 Ltd fully admit that their project could increase flood risk, with the recent Phase 2 Appraisal of Sustainability stating in the usual cavalier manner:

“The proposed scheme could exacerbate flood risk where it crosses these flood zones by obstructing flood flows and reducing flood storage capacity, so potentially affecting the severity and frequency of flooding upstream.”

Amazingly, HS2 Ltd also admit that stations proposed for Phase 2 bring flood risks with them.  There is a risk of flooding at Manchester Piccadilly station where the scheme would cross a number of small watercourses, East Midlands Hub will require flood defences, at Sheffield Meadowhall Station ground-level vehicle access to the station may be impeded in floods, with Leeds New Lane Station being largely in Flood Zone 2.

You may think that with Phase 1, things are more progressed, however one of the things HS2 Ltd were called up for as being a breach of parliamentary standing orders surrounding their environmental statement, was the failure to mark drains on their maps. The excuse given was that they were ‘too hard to find’, even though these missing drains included the most obvious and easy-to-find drains there are, the ones you find right next to the curb on roads. failing to acknowledge the existence of drains, can hardly fill one with confidence that HS2 Ltd have got their heads round flood risks. The feeling is very much that all HS2 Ltd care about is making sure HS2 itself doesn’t flood, and any increased flooding they cause near the tracks would not be their problem.

HS2 and the Aylesbury Floodplain

Of course there has been plenty of flooding in places where HS2 is planned to go. The Willows Estate on the edge of Aylesbury, right next to where HS2 is due to go saw about 20 properties flood this month, and it is unquestionable that HS2, going through the flood plain there will make flooding incidents more likely. In Harefield, the site earmarked for the Colne Valley Viaduct works compound, which HS2 Ltd plan to tarmac over was under about a foot of water. 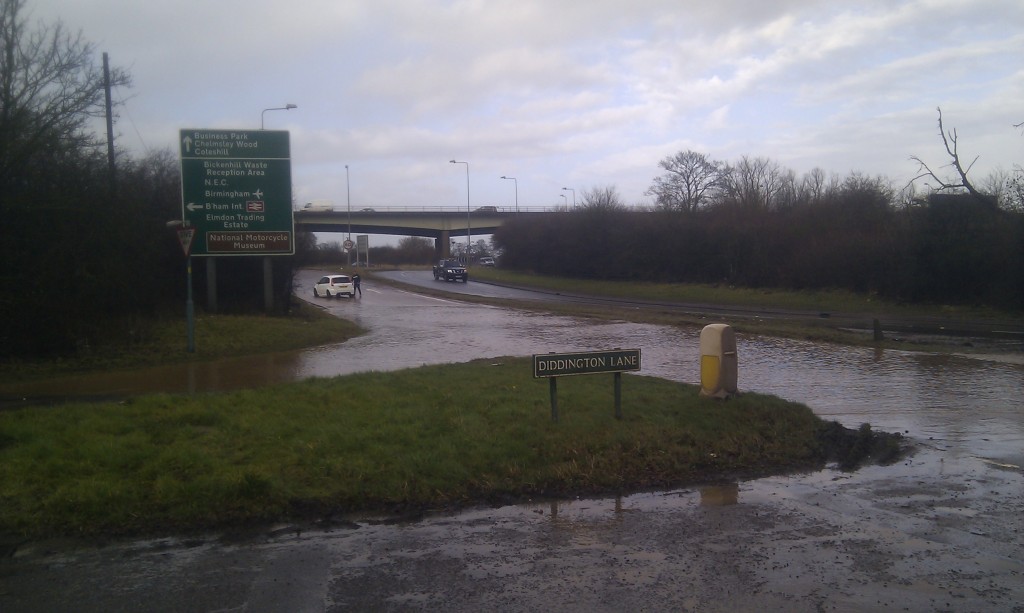 A stranded motorist regrets chancing it through the flooded A452

One of the most regularly flooded areas which HS2 is set to traverse is the River Blythe near Hampton-in-Arden, just south of the proposed Birmingham Interchange HS2 station. This is a massive flood plain which regularly floods, which this time had a knock on affect to a major arterial road, the A452, with one side of this dual carriageway being shut for the best part of a week in February. If there is to be massive excavation followed by the sinking of pillars for a giant concrete viaduct, just where exactly is that water meant to go?

email
Tags: News
News
2 comments to “HS2 – Like putting a brick in your water tank.”